Why aren't people talking about this? | Teen Ink

Why aren't people talking about this?

Have you ever wondered what it would be like to live under a governmental policy that would dictate the number of children you are allowed to have? Some of you may think that knowing this information isn’t useful, but it is important to know the economic and governmental structures of different countries to have a deeper respect and appreciation for our own.

What is China’s policy? It is part of a birth planning program designed to control the size of its population by setting a limit on the number of children parents can have. China introduced its one-child policy in 1979 and modified it in the mid-1980s to allow parents a second child if the first was a daughter. But in January 2016 they changed it to the two-child policy for two reasons: the effect that it had on women, and because of the decreasing number of their population and the defects of the policy.

What effect has it had on women? According to Statista, over the past decade, “China still boasts the world’s most skewed sex ratio at birth at around 114 males born for every 100 females as of 2019. That means there are about 30 million more men in the country than women.” In China, parents are choosing sons over daughters because they’re considered more “valuable.” But it was not until the West’s ideas of reproductive choice and population control came to the East, along with cheap ultrasound technology that girls started going "missing" in the millions. This has made the lives of women who survive the womb in China much worse.

For unmarried women, the Chinese Government enforces a zero-child policy, forcing them to have abortions. Those who have already given birth to one child and become pregnant again without a 'birth permit' and those who use illicit means to obtain a 'birth permit' and become pregnant have to terminate their pregnancies as well. If a woman becomes pregnant under these circumstances, the parents of the child have to pay large fees which are only paid back when she gets an abortion. If she doesn't, they have to continue paying these large fees.

According to an article published by The Atlantic, written by a woman who was illegally born in China under its one-child policy, “In 1989, my parents, both farmers, paid their entire savings, 364 yuan, just under $100 at the time, for my birth. During the 1980s, the largest penalty for a second child was about 2,000 yuan or around $540. Now, the highest single fine for an extra kid is 1 million yuan ($164,134)”.

With millions of unmarried men unable to find brides, sexually transmitted diseases and crimes are on the rise. Between 1992 and 2004, China's crime rate nearly doubled. Parents all over the continent have to guard their girls against kidnappers who will sell them to rich families who want to guarantee a future bride for their sons. Women are frequently kidnapped and dragged across boundary lines and forced into the sex industry. According to PBS, Women are also currently being trafficked from Myanmar due to the gender imbalance, to marry Chinese men.

Did China reach its goal of limiting the population? According to The Guardian, from 1979 to 2016, China’s birth rate dropped from 2.75 births per woman to 1.62 births per woman. The Guardian also states that: “By 2050 as much as a third of the country’s population will be made up of people over the age of 60, putting severe strain on state services and the children who bear the brunt of caring for elderly relatives.”

According to the National Center for Biotechnology Information, “fears about the aging population have probably been the most influential factor in the decision to lift the one-child policy. Although aging populations are increasing worldwide, the one-child policy has rapidly accelerated the process in China. The effect of large numbers of only children on family structures has its own name in China: the 4:2:1 effect, referring to couples who are responsible for the care of their four older parents and one child. Despite the state-sponsored New Rural Old Age Insurance Programme, which started in 2009, most Chinese elderly people, especially those in rural areas, still lack full pension coverage, so are largely dependent on their children for financial support.”

China’s two-child policy has affected the lives of unborn children, women, the elderly, and has caused detrimental economic defects. It is important as Americans to know this information and learn from it to provide a better world for future generations. 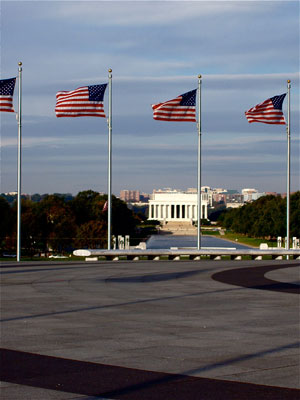 Do your own research on this! I highly recommend watching One Child Nation on Amazon Prime (with parent's permission!).