Bullying is wrong. It hurts. People think it's no big deal. You think you're kidding other people it hurts too. I've been there, too scared to come to school, physically sick, and couldn't get out of bed. Why do people do it?It's nopt nice. It hurts so much! You're pale as can be. There is no reason for anyone to get treated like that! People are human beings, don't treat them like they're aliens. Everyone is equal. There is no one better than anyone. Being popular isn't about having the most people who think they like you. It is about having true friens who are always there for you. This is coming from one of the more popular, prettier, has alot of friends kind of girl. I was torn down into nothing. I'm just now getting my self confidence back, and it happened in Novemeber. People say things or words don't hurt but they really do. So please think about what you say, do, or act before you do it. 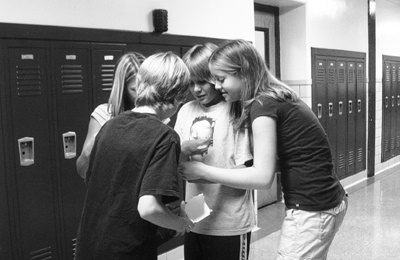