All through middle school, we were best friends. We sat together in class, went to parties, shared secrets – normal stuff. But one September day, that came to a sudden end. I decided to sit with some other kids at lunch, and apparently, that wasn't allowed. She scolded me for eating with anyone else. She questioned who my friends were and if I was loyal, but meanwhile, I caught her gossiping about me with another girl. I hadn't realized how unhealthy our friendship was until that moment. Her possessive side shone through, and I saw that she had been controlling me for two years. Without knowing, I had let her.

Her manipulative tactics seamlessly integrated into our friendship. That's what makes her kind of bullying so dangerous: it's difficult to detect. Bullying isn't necessarily a fight over lunch money or picking on someone's clothes. It can be as insidious as being instructed (instead of asked) to wait by the lockers, or being criticized when you sit at a different lunch table. When you start to do things not because you want to, but because someone is telling you to, there's a problem. These may seem like minor examples, but in reality, this kind of intimidation and influence can have major effects on the recipient.

She wanted me to feel lower, and it worked. I became depressed and had times of extremely low self-confidence. I was alone a lot and took many days off school. I cried almost every day. I concentrated on academics to keep my mind off of my nonexistent friends. My insecurities caused me to become confused about who I was. I had to redefine myself without her negative influences. And so I created a motto to guide me:

I had to make myself into someone I could love again. And I did.

I stood up to her.

I thought she was out of my life. But I was wrong. We're sophomores now, and she hasn't changed. We're not friends, but we have classes together. She interrupts my conversations with friends, trying to undermine my positions and beat me at everything. But it's different now. Her words don't have the power they did in eighth grade. They hardly skim my surface.

I deserve more than to live in her shadow. I am a stronger person for standing up to her, and I have grown immensely from this experience. I have found who my true friends are and have realized the simple beauty of being myself. I love who I am, and I have nothing to prove. I'm not playing her game anymore. 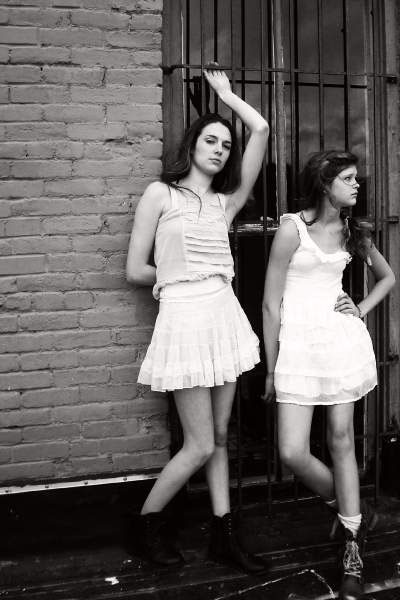 Favorite Quote:
it's whatever

View profile
I think that it's hard to realize how many people this happens to, and kudos for writing this out!