Favorite Quote:
“Don’t feel stupid if you don’t like what everyone else pretends to love.” - Emma Watson

Ever since the Industrial revolution, the climate has become increasingly warmer, causing the temperature of the ocean to rise with it. The average global sea surface temperature has increased by about 1.5 °F since 1901, with a record high average global sea surface temperature being reported over the past three decades. A rise in water temperature affects almost all aspects of the ocean because marine life and organisms are extremely sensitive to any changes in their environment. Coral reefs, colorful aquatic ecosystems that are often referred to as the “rainforests of the sea”, are at a high risk due to warming oceans.

What is coral bleaching?

Coral bleaching provides evidence that climate change is affecting the ocean. Coral bleaching occurs when the water becomes too hot for the corals, causing them to release the algae that lives in their tissue. As a result, their coral becomes completely white. The corals get their color from microscopic algae called zooxanthellae, and each organism depends on each other for survival. Unfortunately, when there is a change in the ocean environment, such as warming water, and the corals become stressed, they expel the algae. The corals do not let the algae back in if the temperature remains too high, which causes them to die. Even corals that survive a bleaching event do not recover completely. The corals are under more stress without the zooxanthellae and are more prone to dying. Corals are extremely sensitive to changes in their environment, and a change as small as 2°F can cause coral to lose their algae. Corals can also bleach for other reasons than just a warming in temperature. For example, corals may bleach when the water is too cold, when the tide is extremely low, when polluted with  fertilizer and chemical runoff, or if there is too much sunlight.

Over the past couple of years, there have been many mass bleaching events. The summer of 1997 was one of the hottest recorded in the 20th century, and surveys found that 74% of inshore and 21% of offshore reefs had moderate to high levels of bleaching. Although most of the reefs fully recovered, these numbers are still startlingly high. In 2005 another bleaching event occured, this time with a 39% mortality on the reef flats and 32% mortality on the reef slopes. Unfortunately, as time goes on and humans keep producing more carbon dioxide and contributing to climate change, bleaching events have become both more severe and common.

Coral bleaching can negatively affect both the corals and the environment they live in, seeing as thousands of different species of fish and other aquatic organisms call coral reefs their homes. Not only does bleaching affect marine life, it also affects humans that depend on coral reefs for fishing and livelihood. To start off, bleached corals are likely to have slowed growth rates, a decrease in reproductive activity, an increased risk to disease, and higher death rates. Also, changes in the coral community can affect the species that depend on them. For example, fish rely on the coral for finding food or shelter. When a coral bleaching event occurs, there will most likely be less fish within the reef. Furthermore, bleaching events may cause a reef to lose it’s value in tourism, causing people to lose their jobs and negatively impacting coral reef tourism industries. Almost everything in coral reef ecosystems depends on corals, and without them, the health of the coral reef environment experiences a downward spiral.

What Can You Do?

With the everchanging ocean, it is sometimes hard to pinpoint what we need to change or focus on in order to help keep our oceans healthy. Although not all corals will be destroyed because of coral bleaching, humans still need to change and be mindful of how their actions impact the environment. Reducing stormwater and fertilizer runoff and  staying away from herbicides and pesticides are small things that you can do. If we want to solve the coral bleaching problem, we have to focus on climate change and  mitigating carbon emissions. It is important that you educate yourself and others on this topic, as well as donate to organizations that fight for a more sustainable Earth.

Hancock, Lorin. “Everything You Need to Know about Coral Bleaching-And How We Can Stop It.” WWF, World Wildlife Fund, www.worldwildlife.org/pages/everything-you-need-to-know-about-coral-bleaching-and-how-we-can-stop-it. 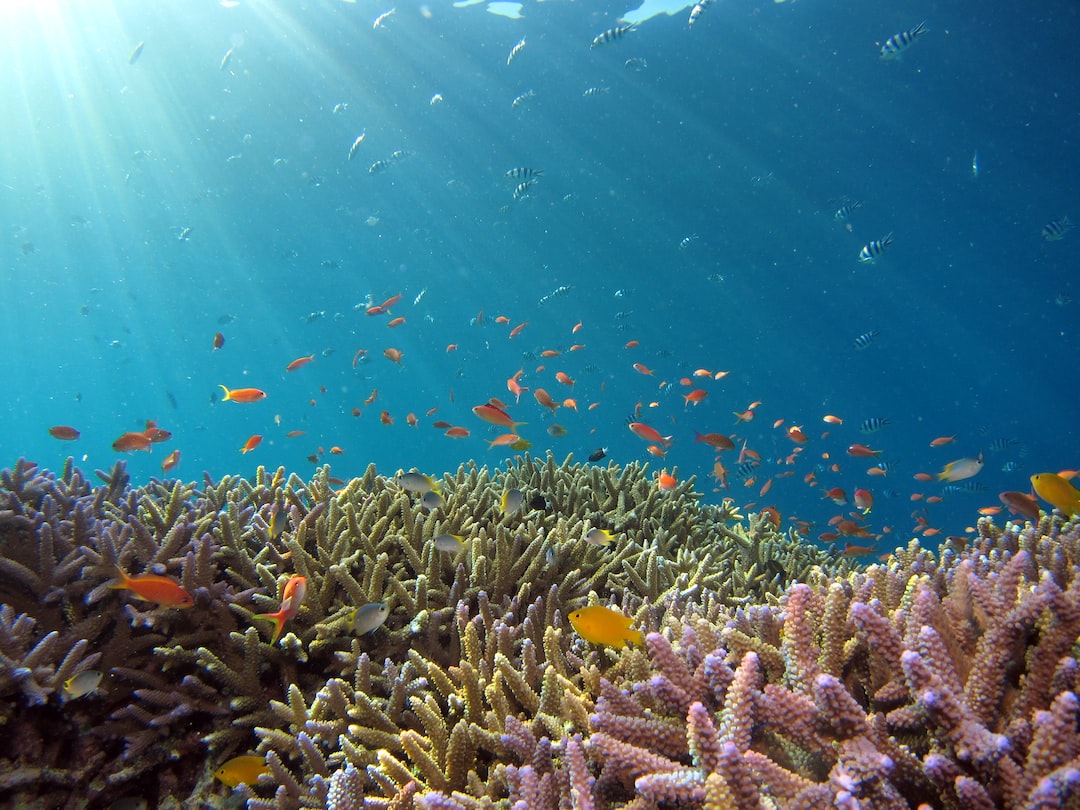 Photo by Hiroko Yoshii on Unsplash