Drinking warm milk, often with honey before sleeping is a method that has been used since the seventeen hundreds and maybe earlier. Green tea is also a common method. People often complain, however, that these drinks make them sleepy, while not actually putting them to sleep.


Turkey is another sleep-aid food. You might have noticed being very sleepy after Thanksgiving dinner. However this isn’t to say that you can only drink at Thanksgiving. Turkey lunch meats can also be very useful. However, like the milk and tea, turkey is also accused of making the consumer sleepy, while not actually putting them to sleep.


It is common, and even recommended, that you exercise before you sleep. This method is much better than exercising in the morning in two points: (a) you have little energy in the morning, because you have had nothing to eat, excluding a little snack, and (b) it is not healthy to wake up from a serene, calm sleep and jump to fast-paced, heart-pumping exercise. Thus, after exercising in the afternoon, maybe an hour after dinner, you can come back and take a shower, and go straight to sleep. This method makes you tired from the exercise and ensures a calm sleep because of the shower.


Many people think breathing, while trying to sleep, is some sort of so-called *cliche* method. You may rest assured that it’s not. When lying in bed, you must clear your mind, thinking about something stable and unexciting, and all in all, just not letting your mind wander to new thoughts. Then, you must start breathing deeply in, and deeply out, while keeping your mind on the stable and unexciting, old thoughts. This is in all honesty a really great method. Usually I let myself think for about fifteen minutes, to get my thoughts out, so to speak, and then I use this method, and find myself asleep in no-time. 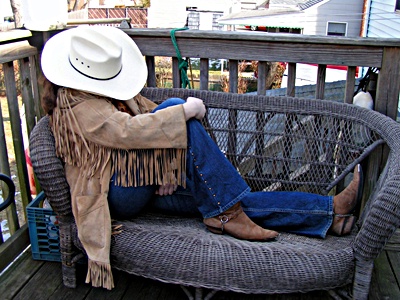