Independence and Adulthood: Living with Your Parents Just Doesn’t Seem to Work

The New York Times recently posted an article in its popular “The Ethicist” column about a mother who was seeking relief from an increasingly common phenomenon: her economically unstable 30-year-old son had moved in since the pandemic, and was causing her more hardship than just supporting him economically. One of her more pointed rewards for supporting her son was getting called “ugly and stupid” and watching her manchild punch a hole in a wooden door as she made his bill and car payments.

We are in an age where the Pew Research Center marked in July 2020, for the first time ever, that over 50% of 18-29 year-olds are living with a parent. In a recent presentation to high school students who are members of the Junior Economic Club of New York City entitled “Gen Z and the Economy,” 44% of teens belief is that the independence from one’s family is a measure of economics success, and 28% of have received a clear message from their family that they should live in their own house and be independent. Only 11% of the teenagers surveyed said that they felt family wealth was “shared,” so nearly 90% associate independence with adulthood.

ADU’s: The Solution for the Majority?

For families with the means to support their adult children, who also value their children’s sense of adulthood and their own sanity, they are increasingly finding a unique solution: ADU’s. An accessory dwelling unit (ADU) “is a smaller, independent residential dwelling unit located on the same lot as a stand-alone (i.e., detached) single-family home.” ADU’s go by many different names throughout the U.S., including accessory apartments, secondary suites, and “granny flats.” But perhaps they are also the solution for the majority of 18 – 29 year-olds who have value-conscious parents.

Oasys, a Los Angeles former company, builds these ADU’s, touting their ability to increase property value and, when the manchildren can move out, can also generate a rent throughout the year, retroactively erasing the losses of having an adult child on the same property. The added bonus, of course, is that paths don’t have to cross – children live in their own space, and with this rent you may finish off paying off debts on the property.

The technology used to quickly (sometimes in 60 days) construct these homes is derived from environmental-friendly aluminum, and the price compared to a regular house is 30%-40% less.

While there are no perfect solutions to extending parenting into adult life, there are ways to do so that create value and diminish conflict. ADU’s could be the ultimate solution to creating real estate value and preserving family relations in this unique time in American history. 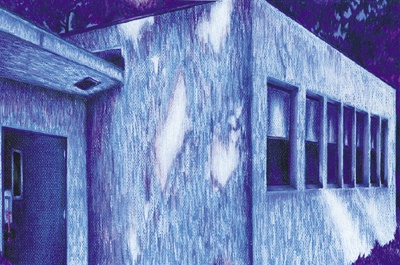 I am a high school student in Buenos Aires who, during summer break (keep in mind that these are the winter months in the Northern Hemisphere), goes to the States in search of weird and mind-expanding internships. This summer, I ended up learning about accessory dwelling units and, in context of what I saw in the United States, a huge increase in people living at home with their parents that started long before COVID, I figured I had something to say about the issue. This is my first publication and I hope it is part of a path that leads me to an American university after I graduate.