Looking through my high-school yearbook, I was amazed by how similar everyone looked.People who stood out were few and far between. Thinking about it now, I realizethat individuality is endangered. Everyone wants to look, act and sound likeeveryone else. This makes no sense, considering we are told from an early age to"be yourself." If we are told to be individuals, why is fitting in suchan issue?

The media has a huge influence on youth. If you turn on MTV,you'll see the epitome of what is considered "cool." What boggles mymind is that people feel they need to look and dress a certain way to be cool.Those who don't fit this mold are considered dorks.

Television figures andcelebrities are major role models; teens and preteens alike strive to match theirfavorite celebrity's look, but if people need to look like others to find a senseof self-worth, then the

problem is beyond individuality. The problembecomes teens' lack of self-esteem, contributing to their need to conform. Peopleconform to blend in and go unnoticed.

If society could implement programsto teach kids self-esteem, then lack of individuality would no longer be anissue. Teen suicide rates would probably decrease, too. If teenagers arecomfortable with who they are, then suicide would not be such an oft-chosenoption. Teaching individuality would lessen the pressure on teens to fit in, andwould create a healthier society.

Lack of individuality plagues societyas a whole. Those who have the courage and confidence to express themselves arethe "coolest" people. In a world of conformity made up of black andwhite, it is good to throw a hint of the rainbow in every once in a while justfor kicks and self-esteem. 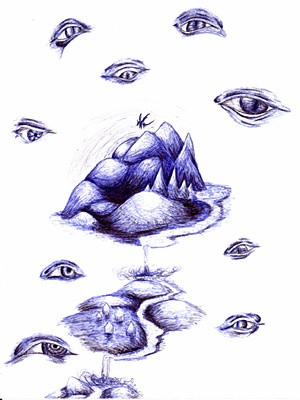 Favorite Quote:
I am not a word , I am not a line , I am not a girl that can ever be defined . I am not fly , I am levitation . I represent an entire generation <3 (Nicki Minaj]

View profile
This is very good . & it has a great point . I couldnt help but realize i am one of those kids who try to fit in at times. I know i should be my self but i just really dont want to be considered "lame" . This affect my self esteem . But im not sure what to do . I tell my self not to care about what others think but when the time comes , i always do . & i agree if society worked to have programs for us teens it would change some things for better .
BitterSweet1993 SILVER said...
on Mar. 17 2011 at 12:46 pm
BitterSweet1993 SILVER, Bronx, New York
5 articles 0 photos 35 comments

Favorite Quote:
Love is only a dirty trick played on us to achieve continuation of the species. ~W. Somerset Maugham, A Writer's Notebook, 1949

View profile
Nice!! I am seriously wishing people would see like this. Or even just understand it. Then we might start moving forward and progressing instead of regressing.
Hawthorn BRONZE said...
on Feb. 23 2011 at 9:44 am
Hawthorn BRONZE, Nowheresville, Maine
3 articles 0 photos 55 comments