There are around seven billion people on this earth and not all of them are 'straight.' This is a common fact. If God made every person in his own image then why make them so diverse? We are all cats with different sizes and shapes, fighting for our very own survival in this huge jungle of ours called earth. In some places around the world, lesbian couples have the right to adopt a child. Which benefits equality and gives children a place to call "home." Sadly, I have recently found an article about a lesbian couple losing rights to a child because a judge (most like prejudice) considered the sperm donor more reliable. How is it that a man that jacked off into a cup be more responsible than two women that have waited all their lives to be mothers. Who is the better choice? A man that wanted extra cash at something he's actually good at or a responsible adult that loves the child more than a meal ticket. It is about the CHILD, judge, not about two people of the same sex. So if any man that gave his sperm for money to a couple, that has waited for who knows how long, decides to take the child, they can get with it. This is an outrage at how judges put their own prejudice through court systems. I do agree that fathers should have the right to see their child, but sperm donors do not have the right to take a child out of his/her home because they simply got mad and wanted to take on the responsiblity. I find it very weird that he all of sudden wanted to take care of the child. Children are so different from adults, they remind us of what it is right. A child does not see black or white. A child does not see man and man or woman and woman. Children are not yet tempted by sin and that, alone, makes them the most precious angels on earth. It is when children grow up that their environment tempts them to be prejudice and make bad decisions. I am absoultly astounded that this judge didn't get his/hers license taken away because that baby wants a home with loving parents and not a single father. Not a man that simply "made" his/her. Taking care of a child is not taking care of a pet or claiming a prize. That child will want two parents that give them the love of a lifetime. What are you going to say to that child? I got you by puting sperm into a cup then giving it to a couple thats been waiting for a precious angel like you and then took you away from them because the judge was prejudice. I know that their are millions of parents that are waiting for a baby. Those people that in the end of the day look in the mirror and question if they should say that they are gay because it might jepardize adopting a child. Why not give a child love, shelter, food and a normal life even if the couple is gay? This is a new day, where we know that our genetics and make up shouldn't stand in the way of our rights. To be pregnant by a sperm donor and after that child is born, to take that child away, must be a true hell in itself. To be so close to equality and be shut down because one judge thought a SPERM DONOR had more right must be unbearable. To that couple out there in Ireland, I hope you find a way to get your baby back. To the man that has broken those two people I hope you get what you deserve. Finally, to the judge, I want you to know that when that child grows up with only one father that child will never forgive you for being prejudice to his/her mother. You may have thought you did the right thing, but it is absolutly obvious that you made a bad decison. Maybe your not prejudice, (I really dont see how not),but that child will always wonder how his/her life could've been different. That child could have been given a wonderful life living with those two parents. I hope you think of how that child feels about this situation when it grows up. I really don't know how you sleep at night without wondering, 'did I just ruin this child's life.' 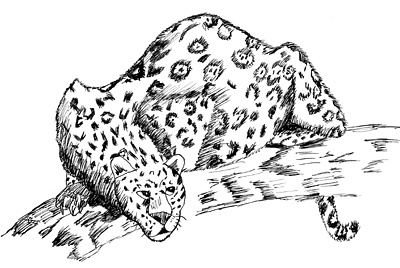 The author's comments:
When I read the article, I became so upset because so many children are left in orphanages or tubes because people will not give equaltiy to homosexuals. We are all 'cats' and no matter what we may be on the outside, we still have hearts on the inside. People just need to be reminded of that.
Post a comment
Submit your own