"You're so skinny!" This is not something most people hear. I am unlike most people in many ways. This could be the most obvious way.

All my life, for as long as I can remember, my mother has commented on my weight. Not in a bad way, exactly. She would tell me I needed to gain weight, but she wasn't very concerned. She had also been very skinny when she was my age, and she still was. No one else noticed often that I was skinny, because no one cared in kindergarden through fourth grade. They might teae "fat" kids, but I don't remember them ever doing it and I certainly never did. I didn't care about others' weight. I was fine with my own and was exited when I gained a pound. Life was good.

In fifth grade, I was homeschooled. I was never around anyone my age, so I didn't bother to moniter my weight. I was interested in knowing if I gained weight, but our scale broke. I was bummed, but I was okay.

In sixth grade, I went to a charter school called Winterberry, grades kindergarden through seventh grade. It was a small school and my class was very small, but I began to notice people ( as in girls)caring about their weight. They often thought they were overweight, which is utter nonsense of course. But they didn't think so. Living in this enviroment, I began to care too. My mom got me a book from the library called "Food Fight". At first I thought it was a cool fiction book (I never read anything but fiction). I wasn't dissapointed, even though the book turned out not to be fiction. In fact, it was a serious matter, though I couldn't have been more interested. This book is about eating disorders and why people get them. The book is mostly centered around girls, though it acknowledges the fact that boys get eating disorders too. It was then that I realized what girls come to when they feel bad about themselves.

Ironically enough, only after reading the book did I begin to fear I was growing fat. My belly was sticking out past my hips! My mom explained to me that that was my guts, but I was not happy. I began to think about bulimia. I could still eat whatever I wanted, but I would get skinnier. The book did not encourage this behavior. My schoolmates were. The book is what saved me. Because I knew what happened to girls who got bulimia, I decided not to join in. I'm glad.

The next schol year, my school added another grade. Eighth grade was now available. Eventually I transferred to another school where the teachers were professionals at what they did. It starts at seventh grade and goes through twelvth. I no longer was the skinniest girl. I had hips, and the skinnier girl didn't. She also wore those super-tight pants that I could never wear for fear of a wedgie. People were saying She is so skinny, not you're so skinny. I was dissapointed, but I knew I couldn't be the skinniest girl forever, and I got over it. After all, there were thousands of girls all over the world who would die to be as skinny as me. I wear a size zero in jeans, and most girls wore at least a four or five.

I am aware of the fact that girls mainly wnt to be skinny for one reason: men. Girls diet slavishly to reach the weight and appearance we are conviced men want. Men also slavishly try to please girls, and the majority of the time, neither gender is aware of the other's struggle to impress the them.

I will not deny that guys have flirted with me, but by no means did I fancy them. The first time someone flirted with me I was at a waterpark and I was not wearing a flashy swimsuit. Two boys who both looked at least a year younger than me started flirting with me and arguing "subtly" with one another, obviously trying to impress me. I was flattered, but never could have liked them. The second time the boy flirting with me had to be at least five years older than me. When he figuered out how young I was compared to him, he stopped flirting. He, too, was not my type.

So please realize this. Skinny girls are NOT unaware of the daily struggles other heavier people go through. We have our own struggles, to remain skinny and to eat at the same time. I know about the people who want to be anyone but themselves, the people who grind their teeth and glare at people skinny, like me, all because they are wish they were thin. I am jealous of people too. Everyone is jealous of someone. Just don't automatically assume we take our weight for granted. 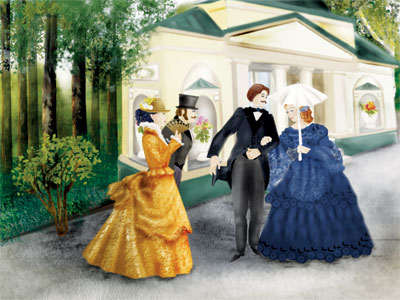 View profile
I agree! I'm skinnier than most of my friends and my friends are jealous of my size. on the other hand, i wish i had somethings that they have, that i don't have much of. This is a good article about accepting yourself. :)
Electricity PLATINUM said...
on Aug. 4 2009 at 7:48 pm
Electricity PLATINUM, Bradenton, Florida
30 articles 0 photos 271 comments
View profile
Sweetness, I love it! Lol, I was very anorexic-like skinny for a few years, and my mom kept thinking that I was dieting... I have a small tummy. Great article, it flowed nicely.
gymnastpm930 said...
on Feb. 16 2009 at 4:36 pm
That was a great article! You're so right. I used to be this teeny weeney little girl. My mom called me Betty Spaghetti (I am also a gymnast). Now that I'm in middle school, there are A TON of girls who are skinnier than me. I was jealous at first, but then I discovered the same thing you did. You're a great writter, keep writting!
mixter_007 said...
on Jan. 15 2009 at 6:47 pm
that wuz sooo awsome !!!!