I Can't Fix My Tongue

I will never forget the time when I mispronounced “rookie” as “rockie” in front of my friends. My mind spontaneously transposed their facetious laughter into ridicule. Despite my embarrassment, I laughed along. More so, I became aware of my Chinese accent and the conspicuousness that comes with it. Since then, I no longer volunteered to read the textbook in History classes, afraid to mispronounce sounds like the “t” in “Britain.”

Like many international students, I attempted various methods to assimilate into a new school in a new country. During roll call, I ducked my head as the teacher attempted to pronounce my real name, “Yifei.” Then, to shield myself from the fifty pairs of eyes projecting onto me like lightsabers, I’d say, “Please call me Emily.” At home, I watched every episode of “How to Get Rid of My Chinese Accent” on YouTube and wondered why people mocked me for my mother tongue instead of recognizing my ability to speak two languages fluently.

In fact, parodying accents became a classic joke long before AAPI hate crimes, and it represents the subtle disdain people have for Asians, except that it is sugarcoated with a layer of backpedaling like, “it’s just a joke.” While the normalization of accent travesties is expected in high school, it is disheartening to see global leaders topping the trend. Robert Mackey reported in the New York Times that after a visit to China, Argentinian President Kirchner tweeted in “broken Spanish to mock the way some Chinese speakers inadvertently mistake the ‘r’ sound for an ‘l’.” Notwithstanding how Argentina was in a position to beg China for economic support during its crisis in 2015, President Kirchner still lampooned Chinese General Secretary Xi Jinping’s accent.

While some are entertained by these tweets, others are pushed down the path of mental ailment. In a study by Professor Tej Bhatia at Syracuse University, he analyzed the parallel between accent trauma and mental illness in which he discovered that the suicide of Jiverly Wong, an Asian American, was largely affected by his experiences of oppression stemming from his non-native accent. Sadly, Wong is only one instance out of many Asian Americans who experience the same feeling of distress.

The truth is that the prosperity of this nation is reliant on its native as well as its immigrant communities. Only if inclusivity is the norm can we truly come together as a nation and continue this prosperity. The U.S., made up of over 85 million immigrants, is a cradle of dreams --- that is, dreams for all. Accents are nothing to be ashamed of. Instead, let us commend the rich tapestry of diverse heritages that have made a home in America. 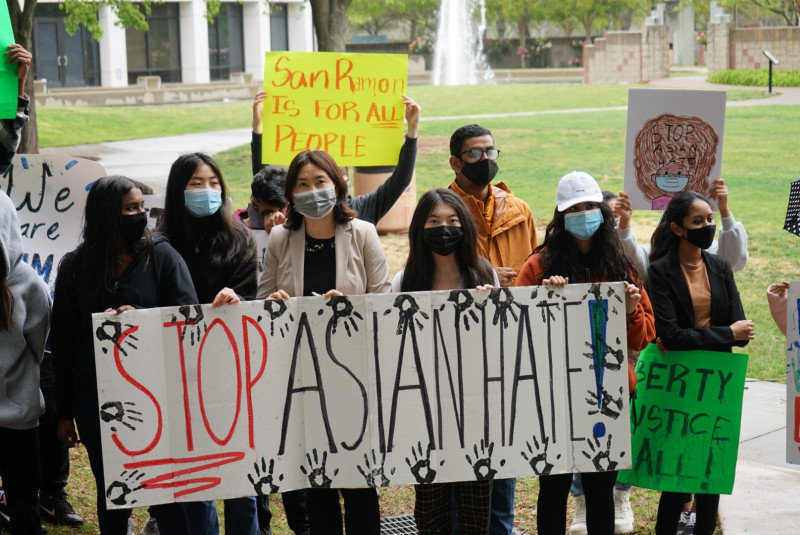 Yifei(Emily) Han is an immigrant student who moved to California at the age of 10. Her experience with subtle discrimination inspired her to write this editorial on the topic of identity and assimilation in the midst of AAPI Hate Crimes.