Be a Rebel | Teen Ink

So you call yourself a rebel? You say you hate the government? You say that all the conspiracies surrounding our lives are true? Then I only have one question. Where are you standing up for these beliefs?

You think smoking weed makes you a rebel? You think that having overly long and unruly hair makes you defy authority? I have reason to believe that most of you that think that don’t even know what the definition of unruly is. Here’s another question. Exactly why are you defying authority? Under what grounds has your freedom, your beliefs been violated? Can you actually prove that you have a cause to fight for?

Don’t get me wrong. I have absolutely no problem with those that touch weed, that drink underage. You’ll find that I believe that the drinking age should be lowered, in that respect. I have no issue with those that have long, crazy hair, as I have slightly long hair myself. Body jewelry? Cool with it. Tattoos? I’m going to get one (or maybe ten) for myself. Here’s my only limit. Be intelligent with all of those aspects. Ask yourself why you do these things, why you get these things done. If you can honestly, intelligently answer yourself, then I greatly respect you. That’s actually the area I give the most respect to. But this isn’t an ethics article over the “terrible” things kids do these days.

Why exactly do you hate the government? Have they personally killed your family and you’re absolutely sure of it? Did they hit your house with an accidentally launched missile? Did they run over your dog? Now, listen to me. The government is full of stupid, self-centered people. I agree with that. If you argue that events such as the Patriot Act or NCLB are stupid or wrong, then I’ll oblige you your opinion. You can protest that. You can argue against that. You can fight that. Just give me a reason, and I’ll respect your opinion fully. As for the conspiracies, I wonder about some of them myself. Fight for the proof. Figure out the answer. And if I knew how to do either of those, I would’ve done it already. I didn’t say this standing-up-for-stuff was easy.

Now, for a situation on a much smaller scale. Your teacher gives you an assignment recommended to her by a co-worker. It’s basically a more complicated, more time-consuming copy of something that you’d already been doing. Keep in mind that you have daunting and demanding homework in various other classes as well, all requiring your equal amount of great attention. Now, do that assignment once a week, every month. Along with all the other class work I just mentioned. If you have free time, you’re the biggest overachiever I’ve ever met. Of course, there’s nothing wrong with that.

Fight. Stand up. Ask. Wonder. Question. When that fails, ask again, until a viable answer is given. For my aforementioned situation, I don’t think I’ll get one. But you have to keep trying. Right? 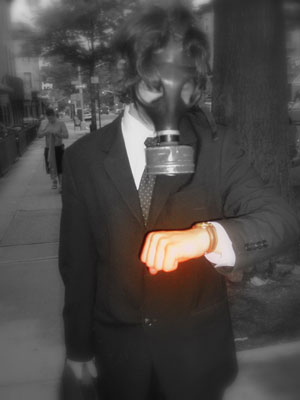 Favorite Quote:
Giving up doesnt mean your weak. sometimes it means your stronger to let go

View profile
I love this. You are right why do people do this things. smoking weed okay I know a couple people who do it, with in all the things you say why do they do it. Wy do they disrepect an adult that is trying to help them:D