Favorite Quote:
"..and these children that you spit on as they try to change their worlds, they are immune to your consultations. They're quite aware of what they're going through.." -David Bowie

The West Memphis Three murders are known about all around the world. Three little boys brutally murdered, three teenage boys wrongly accused, and sentenced to a life behind bars and death row. What people don't know are all the facts. This article is not about the murders or the gory details. It is about the false convictions of Damien Echols, Jason Baldwin, and Jessie Misskelley. These three men, teenagers at the time of conviction, were judged by the way they dressed, who they hung out with, and what kind of music they listened to. Their dressing in all black, listening to punk music and hanging out with the "goth" crowd got them sent to jail by eager to please, police officials. These so-called officials had no evidence but the forced confession of Jessie Misskelley, a seventeen year old, former special education student. He didn't have near the equivalent mind state as an average seventeen year old. How was he supposed to know he was incriminating himself or sentencing himself and his friends to a life behind bars?

This case was rushed by impatient detectives and anxious police officers, who just wanted the "scandal" to go away. By rushing the case and not giving it the time and thorough investigation it deserved, another crime was committed. Not only were three little boys murdered, but three young men, who had their whole futures ahead of them, had their lives taken away. Thrown into unjustified imprisonment, Damien, Jessie, and Jason have spent half their lives in an Arkansas jail, when they should have been off living their lives and having the experiences they were so unrightfully deprived of.

Seventeen years and counting in jail for these three men, for a crime they didn't commit. One thing great about America is that you are innocent until proven guilty. Well where did that precedent go when Damien, Jessie, and Jason were on trial? How about the right to a good lawyer? Or what about the right of freedom of speech? Where was that when police accused the boys of being satanic worshippers based on their clothing and music taste? It seems to me that we have a case of unlawful imprisonment and violations of constitutional rights on our hands. The question is what are we going to do about it. To find out how you can help save the West Memphis Three, go to www.wm3.org. Time is running out. We put them away now it's our job to get them back out where they belong. 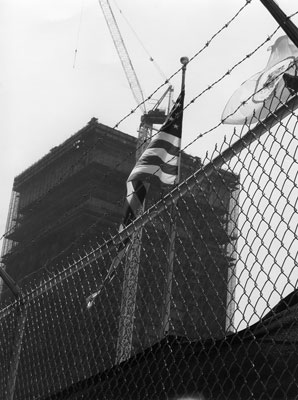 The author's comments:
They were completely innocent and the screwed up justice system took away their freedom and their lives based on their appearances and tampered evidence. Tell me if you think that's fair.
Post a comment
Submit your own