Hard To Be | Teen Ink

It’s so much easier to call a guy an asshole, than it is to admit that he’s out of your league. It’s so much easier to call a girl a fake b****, than it is to admit that you secretly wish you were best friends. It’s easier to blame it on the teacher, to say that he hates you, than to admit that you just didn’t study for the exam. It’s easier to hate your parents, than to love them and be seen out in public with them.
It’s easy to apply mascara, eye-liner, eye shadow, foundation, concealer, blush, lip gloss, lipstick, lip-liner, lip-plumpers, and buy eyelash curlers, colored contacts, hair dye, crest-white strips, and get eyebrow, lip, leg, bikini, Brazilian waxes.
It’s hard to walk outside the house with a naked face.
It’s easy to max out your credit card – it’s easy to buy the new knee-high Jimmy Choo boots, the over-sized Louis Vuitton handbag, the black, slimming Prada dress, the skimpy Juicy Couture bikini, the ubiquitous Burberry coat.
It’s hard to walk outside the house in sweats.
It’s easy to call him a faggot, a homo, a queer, a loser, a freak, a psycho, a geek, a nerd, an idiot, a creep, a stalker, a cretin, an imbecile, scum, trash, nothing.
It’s hard to be his friend.
It’s easy to sit at lunch, pretending to eat, pretending to laugh at a joke, pretending to think it’s funny, pretending you like your best friend sitting on the bench next to you, pretending you have the perfect home life, pretending you’re in love with your boyfriend, pretending you get straight A’s, pretending you’re the captain of the volleyball team, pretending you even know what your name means anymore.
It’s hard to sit with people you actually like.
It’s easy to invent someone new, for you did it all your life – Barbies, American Girl Dolls, Polly Pockets, stories you wrote for English class, the friends you told your mom you had, when in reality you ate lunch alone every day – it’s easy to become that invented person, to send yourself spiraling down the blackened shoot until it ends up in the Lost and Found, and it sits there for years and rots and rots, and then when you look for it, it can’t be found. It’s easy to maintain the image.
It’s hard to be yourself. 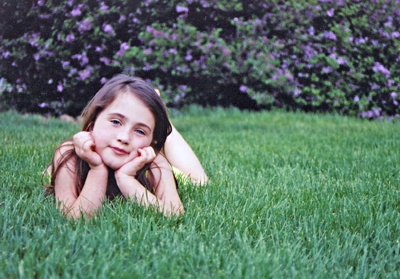 Favorite Quote:
"It seems that we all look at Nature too much, and live with her too little." ~ Oscar Wilde

Favorite Quote:
" She completly fell for him, but he didnt even stumble...</3" -unknown.