Love-Struck Lara-Jean: A Theme Analysis of To All The Boys I've Loved Before by Jenny Han | Teen Ink

Love-Struck Lara-Jean: A Theme Analysis of To All The Boys I've Loved Before by Jenny Han

In To All The Boys I've Loved Before by Jenny Han, the protagonist Lara-Jean Song is a sixteen year old girl who writes letters to all the boys she has ever loved, except she does not send them ever, and stores them in a teal box. Lara-Jean believes that writing these letters helps her escape love; she treats treats letters as goodbye for when she wants to stop loving. These letters are treasures meant to be seen only by her eyes. However, each of the seven letters is somehow mailed to its respective recipient. Over the course of the novel, Lara-Jean is seen struggling with the all-consuming love and her constantly changing emotions as she is seen facing the consequences of these letters being sent out to all the boys she has ever loved. She ultimately realizes that love is not escapable as she is seen writing a love letter to a boy she loves then, Peter. Here, her change in perception of love changes her idea about her role in a romantic relationship. In To All The Boys I’ve Ever Loved by Jenny Han, the theme conveyed by the author is the fact that true love is a strong unescapable emotion. Over the course of the novel, Lara-Jean changes her definition of love as seen through the change in tone when she defines love, the symmetry between the two passages, and the change in the purpose of her letters.

Towards the beginning of the book, Lara-Jean describes love in a platonic, naive, and innocent manner, however, by the end of the book, her tone changes to become wiser and mature. On the first page of the book, she explicitly states that she writes these letters for when she does not want to be in love and she has written one for every boy that she has ever loved. The tone in which she describes this is idiomatic. To illustrate this idea, “If love is like a possession, maybe my letters are like my exorcisms. My letters set me free. Or at least they’re supposed to” (Han 1). Here, she implies that love is escapable. She implies that love traps her and that her letters are almost like a form of relief from love. Interestingly enough, this tone changes towards the end of the book when she rediscovers the definition of love. Towards the end of the book, Lara-Jean describes love as “scary” which is quite the opposite of how she perceived love as thrilling and exciting, yet escapable towards the beginning of the book. The tone towards the end of the book changes as well, she seems more aware and mature. Lara-Jean understands her role in a romantic relationship and accepts that true love is force that cannot be exorcised. This change in perception of love is seen as the tone towards the end of the book becomes more calm and mature as she becomes content with herself, is not confused or in a dilemma, and the reader knows this clarity as she begins to write a love letter to Peter.

The symmetry between the beginning and the end of the book also emphasizes on the change in her definition of love. In the beginning of the book, Lara-Jean is confident about the purpose that her letters serve. She states: “When I write, I hold nothing back. I write like he’ll never read it. Because he never will” (Han 1). A metaphor incorporated is when she compares her letters to exorcisms that set her free. However, the traditional pattern of creating dramatic irony that seems to exist in most fictional novels also allows the audience to predict that the opposite of the aforementioned must happen. Hence, towards the end of the novel, Lara-Jean’s letters do not remain a secret anymore. And so, by that law, Lara-Jean is not free either because she commences to write a letter to Peter; this defeats her purpose behind writing the letters in the first place. This decision of hers signifies how she has grown as a person and how she does not perceive love as a ‘demonic force’ that needs to be escaped anymore. She used to be in love with Peter, and the first letter she wrote to her was supposed to help her escape the love, but in the end, she is found writing another letter to him, showing that Lara-Jean is still in love. This dramatic irony shows how Lara-Jean has changed as a person as she changes her impression of love and inevitably her impression of relationships in the society; love is not as easy to escape as she presumed it to be, ultimately changing the purpose of her letters.

In summation, in Jenny Han’s book To All The Boys I’ve Ever Loved, the theme about exploring one’s identity is conveyed as Lara-Jean, the sixteen year old protagonist changes her definition of love over the course of the novel as seen through the change in tone when she defines love, the dramatic irony between the two passages, and the change in the purpose of her letters. Like most coming of age novels, the theme of this book is about exploring oneself, here the author conveys this idea by using the concept of love and how a teenage girl matures as a person based on her experiences with love and the difference between her definition of love in the beginning of the book and her definition of love in the end of the book. By the end of the book, Lara-Jean recognizes herself better as she now knows her role, expectations and duties in a romantic relationship in the society. In general a person’s perception of love and romantic relationships, just like any other life experience, really helps mold them, except here, love helps one find their role in a relationship and find their true self in the society. 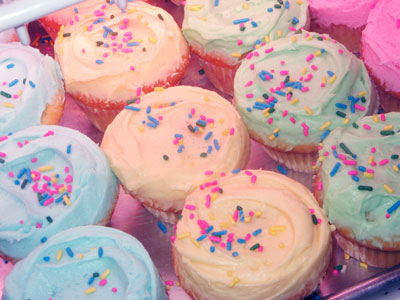