Homer’s The Odyssey reflects many Ancient Greek values through poetic devices and dialogue. In the epic poem, over and over again, Home continues to describe many Ancient Greek values that all people of that time should embody. He also clearly presents the consequences of not following those values. The Odyssey demonstrates that hospitality to a guest is extremely important, and the rare occurrence of faithful women is very respected.

An Ancient Greek value that seems to be shared by many characters in The Odyssey is the way to treat a guest properly. In this epic poem, hospitality to a guest seems to be very important. For instance, when Telemakhus shows up at the castle of Menelaus, without knowing any details about Telemakhus, Menelaus immediately invites him to a feast. By being a good host and thus a good person in general, Menelaus is the king of an island, and he enjoys unlimited wealth. In contrast, a person, or a Cyclops, who disrespects this value is rewarded with suffering. For instance, when Odysseus appears at Polyphemos’ cave, Polyphemos treats him and his soldiers very poorly and eats some of the men. As a result, Polyphemos is blinded by Odysseus and his men. This is to demonstrate that as part of being a good person, one must be hospitable to his guests. Otherwise, he will suffer.

Another important Ancient Greek value is the rare presence of faithful women. Through The Odyssey, women are mostly portrayed as unfaithful, deceitful, and devious. Therefore, those who are faithful and honest are greatly respected. For instance, even though everyone believes that Odysseus is dead, Penelope still possesses her true love and devotion to Odysseus. When Penelope repeatedly rejects the marriage proposals from many wealthy men, she demonstrates that she respects this Ancient Greek value. Because of that, she is finally rewarded with happiness when Odysseus returns. Conversely, women who are untrustworthy and underhanded eventually have to face fatal consequences. Homer frequently presents the example of Agamemnon’s wife, Clytemnestra, to prove this notion. Clytemnestra sleeps with another man when her husband is at war. She is eventually killed by her son as a result. Therefore, being a faithful and trustworthy woman is a much respected Ancient Greek value. 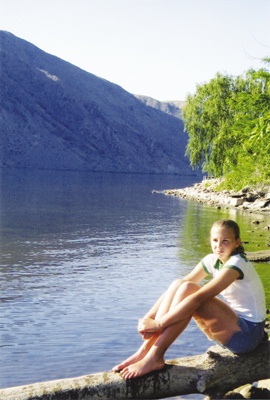 View profile
Thank you very much for the good advise. I don't know if you would enjoy reading a piece of fiction that I wrote or not, but I would appreciate it if you would give this article a look. The composition is called "The Creator of the Tornado."
kim_j said...
on Dec. 15 2010 at 7:06 pm
kim_j, Katy, Texas
0 articles 0 photos 1 comment
View profile
Your essay is pretty good. I think you should make a better transition between the second to last and last sentences of your third paragraph.