Favorite Quote:
\\\And then, something happened. I let go. Lost in oblivion. Dark and silent and complete. I found freedom. Losing all hope was freedom.\\\ Chuck Palahniuk

George Orwell’s dystopia novel, 1984, was penned in response to the turbulent threat of totalitarian regimes sprouting up in Europe and Asia in the 1940’s. It took the ideas and philosophies in their infancies and accelerated them into a global epidemic, but such ideas were not new in the realm of humanity. The parallels that can be drawn between Orwell’s extremist representation and real occasions are both fascinating and frightening. From small scale situations like Jones town to large scale empires like the U.S.S.R to fictional ones like Oceania, it is hard not to see that it is in human nature to control, abuse power, and subjugate the weaker peoples.

Orwell reflects on the effectiveness that isolation, poverty, exhaustion, and schooling has on oppression. In Oceania, Jones Town, Communist Russia, and North Korea the utmost effort is put into demolishing the chance of individuality, of revolution. Complete control over the Media eradicates the right to be influenced by diverse doctrines of thought, the ability to think, grow, be enlightened is squashed and a single opinion can become gospel. The isolation of people, the breaking of families, the distancing of romantic and sexual relationships, is another method of wiping clean the ability to connect and create thoughts and dreams. The tactic of constant poverty just aids in the goals of the others; when kept in a constant state of crisis, people are more receptive to control, weaker to rebel, forced to choose between food and family.

1984 is not only a criticism of communism, although that is obviously present, but more a commentary on the cruelty of power, the ability to distance oneself from the reality of human suffering in the name of progress. “The treatment of heroes and their victims -the quiet acceptance of conquest and murder in the name of progress-is only one aspect of a certain approach to history, in which the past is told from the point of view of governments, conquerors, diplomats, leaders.” (Zinn, A People’s History…) In 1984, Big Brother runs Oceania with an iron but “loving” fist. The small, privileged group that make up the if Inner party are both the most educated about the principles Ingsoc and the most blind to its corruption. Things like the Ministry of Love and the thought police are not seen as a violation of civil liberties and natural rights but as a necessity in the name of the progression of the power of the Party. As O’Brian explains to Winston in the Ministry of Love, “The Party is not interested in the overt act: the thought is all we care about. We do not merely destroy our enemies: we change them.” (Orwell) The human nature of the people of Oceania is stripped to where all Party members are naught but devoted, well oiled cogs in the name of a great machine, every action to service the head of the snake, every care taken to extract the individuality and spirit that makes humans such beautiful creatures. What Orwell conveys is an utter fear of a person/government’s ability to strip a person of what makes them human. 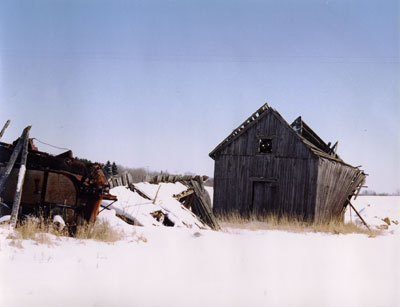