America as a country has fought many wars, but had only one official war fought within itself represented by the many writers of the time.  Poetry of the Civil War taught Americans about the war by telling how soldiers and others in the war felt about their experiences. Poems written in the civil war times and farther back in time set an example for future poets of passion and self-expression in writing.
There were many poets alive and writing during the civil war. During the Civil War, thousands of poems about the conflict were written by everyday citizens (LOC Poetry Resources, Civil War Poetry). The idea that poetry was written by people whose names were not well known in their own time has affected the way people study writing as well as war today is beyond amazing.  Poets around the world, from the times of the Civil War to present day use poetry to express themselves and educate the people in the world around them.
Each and every poet from the Civil War times had something important to say. From the most well know author Walt Witman, to the less known but just as prevalent Herman Melville authors shared their feelings about the struggle that was the war.  A great example of a poem written about these conflicts is when Herman Melville said “In honor, as in limb, unmarred. Let cheerful praise be rife, And let them live their years at ease, Musing on brothers who victorious died” (Melville) in his poem On the Slain at Chickamauga expressing how he felt in the memory of those who died in a horrible battle. Poets everywhere gain inspiration from the world around them and that is precisely how poets in the civil war wrote, the fact that poets write from experience let us know that the information given in the poems is useful in historical learning.
The poetry written during the Civil war also taught us how soldiers felt on the battle about what was going on around them. Walt Whitman writes about his experience seeing a fellow man die right next to him and not being able to do anything about it (National Endowment for the Humanities, Daybreak Gray and Dim). The many poems written about witnessing the death of a fellow hero are astonishing; showing that even when it seems like all is lost these authors still took the time to express their sorrow and loss. Although the deaths of soldiers in extremely important in the history of the Civil War the emotions of their families comes in close second.
From reading how family members felt during the war historians were able to learn about what happened years ago.  “They are ringing peace on my heavy ear No peace to my heavy heart! They are ringing peace, I hear! I hear!  O God how my hopes depart!” (Burroughs, They Cry Peace) wrote Burroughs a woman from Georgia who was tired of being told the war was almost over.  Without poetry and other forms of important writing the people studying history today would have had a lot less to go on and had little to know information about the lives of those left at home during the war. The woman from the civil war were proven just as important as the soldiers through poetry and journal entries about the woman who joined their husbands in the battle by helping to heal the wounded.
Something else that poetry of the civil war can teach us is about what happened at and how it felt to have been at certain historical events. Walt Whitman wrote a simple, three-stanza poem of sorrow that bore little resemblance to his other poems with less structure to express his feelings on Abraham Lincoln’s assassination (O Captain! My Captain! By Walt Whitman Historical Period, LOC). Without the writing, and poetry as well as journalism we would not have understood the pride and hope felt when wars of the past were won, and we would also have never learned the true feelings of sorrow soldiers felt when their president had been killed just as the war was coming to a finish. As the poems get more and more interesting the sadness adds up until the end of the war, when those who died and were retrieved were returned to their families.
In order to fully understand what happened to those who were involved in battles of the Civil War we read poetry and other forms of writing. This helps interpret the feelings those alive during or directly involved in the war. “Later her verse would reflect the battle being joined—she saw the dead and casualties being returned to her town; she may have seen illustrations of the battlefield—and then the awful aftermath” (Smithsonian, Walt Whitman, Emily Dickinson and the War That Changed Poetry, Forever). Emily Dickinson used words to describe her feelings about her involvement the Civil War and what was going on around her, but history used them to discover what happened to the people in America during the war.
In conclusion the poetry of the Civil War taught future Americans what happened during their country’s past. Poetry explained the feelings of family members who lost loved ones to the war, as well as those who witnessed the deaths of their fellow soldiers. Poetry is also used today to help people in the current times express how they feel about their personal situations, and share them with the world. 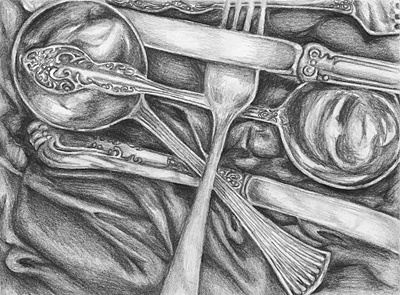