Video Games and Memo... Wait, I Forgot the Title

Many parents in the past have said that video games could “rot your brain,” or “melt your mind,” but many studies and scientists have shown otherwise. Many video games have actually been shown to help prevent some mental illnesses. One excellent example of this is with Alzheimer’s disease. It’s a devastating mental illness, but playing educational video games has been shown to help elderly people who struggle with Alzheimer’s.

First of all, let’s break down Alzheimer’s disease. It is caused when plaques that contain beta amyloid are found within the brain(MacGill 2018). This is the most common form of dementia and is most often found with elderly people. There are rare cases of “early-onset dementia,” meaning that young people from their 20s to their 40s develop Alzheimer’s, but the main age range of people that get it are over 65 years old, or seniors.

Alzheimer’s normally starts with not remembering simple things, like what someone ate for breakfast in the morning, or what clothes they wore yesterday. However, it can escalate. And when it escalates, it really skyrockets. It can then get to someone not even remembering the names or faces of loved family members, until they eventually forget who they themselves are. It’s a terribly heartbreaking thing, to see a loved one forget who you are. All bonds with that person are broken. However, I’m very grateful and very lucky to have grandparents that don’t suffer with any major illnesses, so I’m fortunate not to have gone through this.

Luckily, video games can be used to help people with Alzheimer’s or slow the development entirely. According to Dalton Cooper from Game Rant, games such as Super Mario 3D World have “greater benefits than smaller, simpler games like Angry Birds”(Cooper 2018). Additionally, Jacinta Bowler from ScienceAlert states that “Because of their engaging experiences and enriching 3D virtual environments, the same video games that have been played for decades by children and adults alike may actually provide our brain with meaningful stimulation”(Bowler 2017). This provides some evidence towards there being a connection between playing videogames and the chances of developing Alzheimer’s.

So, it has already been established that there is a connection between videogames and Alzheimer’s. But how can someone know for sure? Well, there is an example that is credible, at least according to me, and that is myself. Although I have never suffered from Alzheimer’s disease, I would certainly argue that playing video games has boosted my memory and cognitive functions. In probably one of my favorite games ever, The Legend of Zelda: Majora’s Mask, there is a concept in the game having to do with masks. These masks are unlocked through progressing in the story, and each one performs a different function. For example, one mask makes you faster on the ground, while another one makes you go faster underwater. It can take a lot of memory and cognitive power to remember all of the different things that the masks do, especially for someone with Alzheimer’s disease. Additionally, during boss fights, people need to memorize many different attacks and different tells of a certain attack. That can require a lot of cognitive function, and also a lot of trial and error, in order to succeed and to complete the game. And finally, there are several “side quests” that the player may complete for small rewards. These have no bearing on the story or the progress, unless the player is looking to complete every aspect of the game. This is an additional reason that video games improve cognitive function, because the player needs to keep track on all their side quests. Fortunately, the game does not require the player to memorize absolutely everything; rather, they give the player an in-game “Bomber’s Notebook” to note them down and remember them. 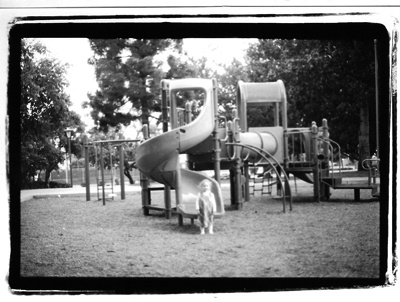