There I was, passing cars on the highway like they were standing still. Cars in the fast lane had to move over to let me by. I had my new radar detector so I thought I would never get caught. It told me everything: how many types of radar it was sensing, what direction they were coming from, and what kind of radar or laser was detected. Suddenly, the device went crazy. I slammed on my brakes and slowed to the speed limit. My friend and I figured the radar had originated on the other side of the freeway, so I resumed my speed. While passing another group of cars, I noticed one was keeping up with me. I assumed either he was crazy or he was a police officer. I casually moved over one lane; he followed my every move. Looking in the mirror, I saw red and blue lights. I was dead meat and feeling sick.

“Do you know how fast you were going?” the officer questioned me.

“I originally clocked you at 91, but as I followed you, I saw you reach 107. Were you trying to lose me?” the officer asked.

“No, sir. That was not my intention.” At this point, I was helpless. I knew I was done driving for a while. I had had my driver’s license for only two weeks and now I had a six-point ticket for $280.50.

When I told my parents, all I heard was, “We’re so disappointed in you.” They said I had to pay the ticket and enroll in traffic safety school to get three points taken off my license. So for the next four weeks, I woke up early Saturday mornings to go to traffic safety school. I worked to pay for the ticket. My court appearance was really embarrassing since the judge reprimanded me longer than he did the drunk drivers. My face turned red as I was humiliated in front of everyone.

If you break the law, you have to live with the consequences. As a 16-year-old, I thought bad things only happened to others - not me. This incident clearly proved me wrong. It is easy to get caught breaking the law. I am responsible and will never repeat my mistake. People make mistakes, but they are worthwhile if you learn from them. I am a better driver now and smart enough not to put myself in situations where I could get into trouble. 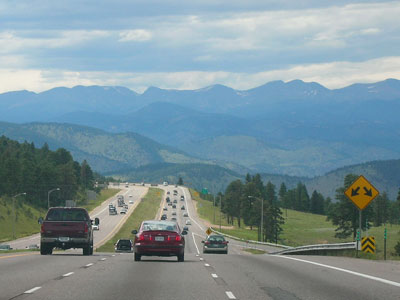