The circle of life is what we call it even though others think it’s wrong. Sports like hunting and fishing are truly a good thing to have because without them there would be no humans on earth. Hunting has kept us alive for generations why stop now when people are beginning to question? If an emergency were to happen people who hunt would survive longer. People who hunt have smaller grocery bills because they don’t have to buy meat and they live longer off of the fresh meat then those who eat farm raised meat that was frozen at the store. There are many reasons why hunting is a good thing rather than a bad.

First of all in case of an emergency like global warming, ice age, or anything that could possibly happen, hunters would survive longer because of the skill they acquired when young. It is a fact that when lost in the woods someone who can hunt will survive for at least a week more than someone who lives off plants they find. There are many other facts but one I like the most is that people who have the skill to hunt are better at defending themselves, so in chance of world war the 7% of people who hunt will be able to provide safety for their families.

Additionally the price of food is going up, families with hunters do not need to pay for meat at least half of the year. The prices of common food and drink like milk and cookies have gone up to 50% more than in 2008, how much higher will the prices go in the next two years? Taking off the price of meat on a family’s grocery list for a year will give more then 10% savings! Would it not be great to be able to buy your cousins an extra Christmas gift, get yourself the new jacket you need, or even pay the workers to fix the leak in the roof? There are many more reasons why people who hunt will be better off.

On the other hand there is plenty of logic against hunting, one reason being hunting for sport kills the animal even though they are too small to eat or use for anything but a trophy. Another reason being the animals are cute and killing them is sad, but there are many animals and all hunters do is keep the population in line. The last reason I have against hunting is that animals that are endangered are hunted to the point where there is none left. While all of these are good reasons there are more reasons why hunting should be allowed.

Equally important a reason for not being able to hunt are gun laws, because some people make mistakes everyone who uses guns correctly are to be punished. For example last Friday the 16th of December 2012 a shooting occurred where 20 children where shot and 6 adults the man who did this was reported dead but to the people on the news this was the start of a storm. Gun law fanatics jumped at a reason to make guns illegal, to enforce more laws on innocents even though people who just use weapons to hunt did not do anything wrong. People jump at the chance to make things sound wrong to everyone when in fact it only affected few. These things happen in support of the grieving families, think of the families that have had hunting as a tradition through generations who’s sport and lifestyle will be changed.

Again there are families in which hunting is a tradition passed down from father to son and even to daughters for generations. It is a fact that real father son bonding takes place when they go on their first hunting/fishing trip. Happy family events take place when a child shoots his/her first deer, they get their picture taken and people in the family get copies and most of the time it is ritual to give the first slice of meat to a mother or grandmother.

In Conclusion, there are many reasons why people who hunt should have more respect and why it should be allowed instead of dismissed. People are safer, have more to eat, and have more money to spend when they have hunters in their family. I hope this essay has put an understanding in the hearts of people who did not understand. These have been facts on why hunting is good and a few facts about why it is not. 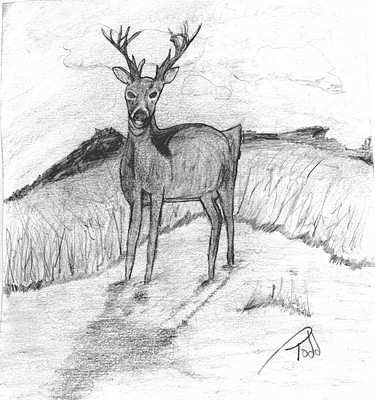 The author's comments:
This is dedicated to my family because without my dad, my uncles and the rest of us cruel big-game hunters I would not have come up with the idea for this essay.
Post a comment
Submit your own