Kidnapped By My Mother | Teen Ink

Kidnapped By My Mother MAG

Iwas only four years old when the nightmare began - the dark dream of sorrow madeof my mother's tears. I was born in the African country of Eritrea, where I wasraised by my mother, grandmother and aunts. I never actually knew the differencebetween having a father and not having one; I only felt the lack of a fatherlypresence when I saw the children around me with theirs.

One day, my fathercame from Ethiopia to Eritrea to see me. During the visit, he and my mothertalked about school. My mother said she wanted me to start school in Eritrea,while my father tried to convince her I should begin school in Ethiopia and livewith him. "No, I'm not giving you my only child," she cried. However,he did not give up. He convinced everyone in our family to send me with him.After a while, my mother was forced to let me go to enroll in a better school inEthiopia.

The day arrived when it was time to leave behind the family Iknew. My mother wanted to be sure about where I would be staying so she came withme. Two hours later I was surrounded by strangers speaking a different language.I was in a new city with a new family. A few days later, my mother went back toEritrea. I started school, learned the new language and became resigned to thisnew family

I was five when my mother returned to ask my father to give meback to her. He looked at her and laughed. She got down on her hands and kneesand begged him, as I sat in the corner shocked and frightened. That's when ithappened. My father looked at my mother with fire in his eyes and kicked her inher stomach where she once carried me. She lay there on the floor, still beggingfor me, choking on her tears. "You said you would give me my daughter backif I missed her."

"I only said that so you would let me takeher," he responded.

"No!" she screamed. He didn't evenhave the decency to think, My daughter is here, so let me act properly. Instead,he kicked her again, shouting, "You're not taking her, so go home."

With those words echoing in her head, my mother then lay in thehospital, crying, bleeding and semi-conscious. My grandmother did not want tolose her beloved daughter, so she got on a plane and came to Ethiopia. She toobegged my father on her hands and knees to let me go with her. Once again he saidno. She pleaded with him, telling him that my mother was in the hospital, but hedid not care. There was nothing else she could do so she went home.

I wentback to school depressed about how my mother was hurting, emotionally andphysically. Two weeks after my grandmother left, I started to notice that myfather was acting paranoid.

"Don't leave the school grounds unless Iget you," he said. Just as he feared, one day my mother showed up at myschool. I saw her by the gates trying to sneak in so that the guard would not seeher. I ran out of the school yard as soon as I saw her. Without even taking aminute to think, we jumped in the car and fled.

Soon, we reached ahideaway where we spent the night, planning how we would get home. My dad hadalready called the airport, which made things very difficult.

My motherdid not have enough money to buy my plane ticket, so she went to a pawn shop andsold four of the gold bangles her mother had given her. We tried to go to theairport, but were not prepared for so much security. We ran, hid, and cried thewhole way to the airport, only to get caught by my father. My mother, father, andhis brother talked about how their mother and father had high blood pressure.They said that my mother should give me back because the shock of losing me couldkill them. After seeing the pained faces of my father's old parents, she handedme back, realizing she would never get me out of Ethiopia.

The next yearmy mother's sister brought her to the United States. She again petitioned myfather to let me come to her. My father said the only way she could have me wasif she brought him here also - and so she did. After four long years ofseparation, my mother and I were finally reunited. 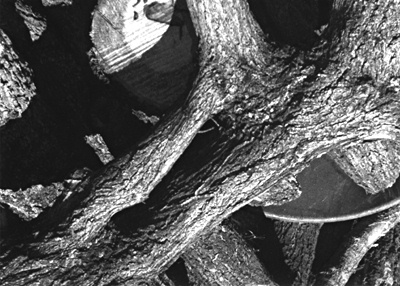 View profile
This was really amazing. The story is really well written. I'm so glad you got to be with your mother. Keep writing <3