A Look at Heroes | Teen Ink

A Look at Heroes

Favorite Quote:
"The Doctor talks to himself sometimes, because he's the only one who knows what he's talking about!"
~Sarah Jane Smith

Heroes. Why do we have heroes? Because we need people to look up to. People who communicate a sense of right and wrong that seems... right.

Nowadays, teenagers have many heroes. We have heroes all the way from Justin Beiber to Abraham Lincoln.

What makes a hero a hero? Is it their clothes, their personality, their character, their attitude, their worldview, their voice, or their looks?

No one really considers another person that weird, nowadays, when their hero is Lady Gaga.

Then why is it weird for my hero to be J. Gresham Machen? (Presbyterian minister from the 20th century.) Robert E. Lee? My dad, who is “just” a pastor? My mom, who is raising me and my five siblings the very best she can?

It used to be shocking if a young person held someone besides Saint Paul as their hero and role model. Now it’s weird if my hero is Saint Paul.

Did we just become less stiff and self-righteous? Did we lose our sense of right and wrong? Are we just... more diversified?

Don’t get me wrong; I’m not saying we should go back to having only Saint Paul and Jesus as our role models. While they should be, I think there’s plenty of room for other people we admire.

Ah. There we are! Admire. Why do we admire people? Let me define “admire”.

Usually, when you admire somebody, that means you would like to be like them. Not always, but many times, that’s the way it is.

This isn’t an article bashing Brittany Spears, Lady Gaga, or anyone like that, whatever my opinions on them may be.

This article just arouses the question: Why are your heroes your heroes? 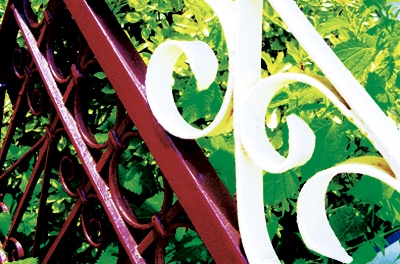 The author's comments:
I once sat down to think on why I admire people...
Post a comment
Submit your own

Favorite Quote:
Greater love has no man than this, that a man lay down his life for his friends. ~John 15:13

"Give me liberty or give me death!" ~Patrick Henry

Be brave and steadfast; have no fear or dread of them, for it is the Lord, your God, who marches with you; he will never fail you or forsake you. ~ Deuteronomy 31:6

Favorite Quote:
"The Doctor talks to himself sometimes, because he's the only one who knows what he's talking about!"
~Sarah Jane Smith

View profile
Hey guys! Some comments would be great. I'm not an attention hog; I just would really like some feedback on my writing, since that's kinda why I joined up with Teen Ink. =)