My grandmother grew up on a farm in Nebraska. I wanted to interview her not only because she has a great story, but also to learn more about her past.

What is your name and birthplace?

I go by Elaine, but my real name is Helen Elaine. I was born April 8, 1933 in Guide Rock, Nebraska on a farm right by the Republican River. I had an older sister by four years and two younger brothers.


Why do you go by your middle name?

My mother, my dad’s sister, and my uncle’s wife were all named Helen. Can you imagine the chaos! I chose to be called Elaine so that I wouldn’t be confused during family get togethers.


Since they didn’t have many hospitals back then, where were you born?

Now, this is a story. I was a miracle baby. My mother had all her children at home. When I was ready to be born, the doctor came to our house. I came out blue from the lack of oxygen and the doctor thought I hadn’t made it. He tossed me aside on the bed as he focused my mother, who was struggling to survive. My two aunts picked me up. Aunt Stell wrapped me in blankets while massaging my body, hoping that I would revive. Now remember, there was no central heating in the house. All we had was a wood-burning range with an oven underneath. Since we didn’t have an incubator, my aunt decided to put me in the oven. I survived, along with my mother, and as a young girl I was sometimes called “Half Baked. ”


What were some of your struggles as you were growing up?

Well, the Depression happened during my childhood and it was a horrible time. We barely had any money, but luckily since we lived on a farm we were able to eat what we grew. I remember only having one purple dress that I wore to school every day. I had one pair of shoes for church and school. In the summer we would go barefoot to save our shoes.

The Dust Bowl also happened during this time and we canned everything we could since we didn’t have a refrigerator like we do today. My father, besides his farm, also chopped lumber. He would go out with a wagon full and sell the lumber for a dollar!

We then decided to move closer to the Republican River, where my father grew watermelons. We advertised them all over town. People would come to our house and try a sample before buying one. These days were fun because we would sit around and eat watermelon with everyone who came to our house. This helped us make more money. I’ll never forget the day my sister accidentally pushed me off the porch while we were eating. I was knocked unconscious, but this wasn’t the only time I got hurt.


What do you mean?

Well, one very hot, sunny day, after playing in the yard with my brothers, I decided to sit at the top of the chicken house that was about 15 feet high. I guess the heat got to me because I fell asleep. Next thing I knew, I woke up on the ground with my parents, grandparents and the preacher standing over me.

Well, the stories you hear your parents talk about were actually true ... we walked three miles to school and three miles back! There was no kindergarten so I started first grade at the age of five. My brothers found a short cut to school so we ended up only walking a mile and a half through the fields.

During the summer the walk wasn’t bad, but in winter our feet would freeze! When we got to the one-room schoolhouse, I remember my teacher would always bring me a bucket of warm water to soak my feet. Boy, was I lucky! Since it only had one room, we interacted with the older kids, which was nice because we got to hear them recite.


What was it like walking home from school each day?

Coming home we always walked the three miles instead of taking the shortcut because we enjoyed taking our time. My father always told us never to get in a car with someone we didn’t know, no matter what. One day a car stopped and asked my sister and me if we wanted a ride home. We refused and then he asked again. He finally gave up and drove away. When we got home my father told us that his friend had stopped over to tell him that we had turned down a ride home from him. My sister and I were pretty upset that we didn’t know Dad knew him!


When you got home, did you have chores to do?

Of course! We all had specific tasks. My job was to gather wood, and I helped my father carry water to the animals. My sister and I also cleaned the dining room, which had hardwood floors like every room in the house. I was always upset because I had to wax the floors on my hands and knees and dust the furniture! My sister, since she was older, only had to dust the shelves. After our chores were done, we sat down as a family to eat.

Then, I had to dry the dishes. My father always sent me to my room for bed at 6:30. I never was never able to figure out what you would call my room. I guess you could call it a closet!


Did you live in Nebraska all your life?

No, during World War II my father couldn’t make enough money so we moved to Denver. We had relatives there. There were six of us living in a two-room apartment and we shared a bath with my aunt, uncle and their kids. We had no grass or backyard like in Nebraska. I went to my first big city school with my cousin who was also in fourth grade. I was the youngest and smallest girl in the class so my teacher called me Peanut. But I was ahead of all the other children academically.

My father worked in an ammunition plant and my mother worked at the same restaurant as my aunt. We eventually rented a house and I went to many schools. My father hated Denver and wanted to return to the farm, but my mother loved Denver because she liked her paycheck. Eventually we moved back.


Do you have any specific memories from Denver?

Yes, I remember one year when my father’s ammunition company had a Christmas party. I saw my first live circus and received a doll as a gift from the company. That was the first year my dad was able to buy me a nice present, a pair of rollerskates!

I also remember a doughnut shop where you could buy a dozen doughnuts for 40 cents! It was a thrill! We went there every two weeks.

We also had blackouts because of the war. The city would go totally dark and I was scared to death because I thought my father was going to have to go in the Army.


What was it like when you moved back to Nebraska?

When we moved back, I was about 10 years old. My best friend Maryland came to my house for the whole day because her parents were out of town. We just played in the yard and did what we used to before I moved.

The next morning her mother called to say Maryland had died of polio. There were no vaccines and no one really know a whole lot about it. Swimming pools closed for a few weeks to keep everyone out of water. I was supposed to read at her funeral that my uncle directed but I wasn’t allowed in because he didn’t want me to see her. It was very difficult. The story goes that every morning my parents would come into my room while I was sleeping and check for polio.

I also remember my sister being in a school play. My brother and I had to rush and get the cows into the barn before we left so we rode on our horses. My horse made a turn and stepped into a hole, throwing both of us onto the ground, with the horse on top of me. My dad had to carry me up and down the stairs for a week because my leg was sore.

Well, we finally had a bus to ride that I caught every morning at seven a. m. In high school there were no athletics for girls. Boys had football, basketball and track. There were school dances, but not quite as fancy as the ones you have. I wore a skirt, a sweater, and white and black shoes. I never really had enough rhythm to dance, but I tried!


Did you ever get to go to college?

My parents never mentioned college to me because we had no money. After high school I worked at the Farmers Union Creamery as a secretary. One day my minister came to see me and told me that I was going to college. I was confused and said, “No, I’m not, we can’t afford it. ”

He made the arrangements and drove me to a Presbyterian college 150 miles away. I still do not know where the money came from. My major was home economics education. To pay it off I worked at the creamery, and also at the cafeteria at the school.

Yes, I was a home economics teacher for 30 years and sold Mary Kay Cosmetics on the side.


After all your struggles, did you build a family?

Yes, I married a preacher and had five lovely kids and I now have nine beautiful grandchildren. I am very proud of my family. There were many funny times when my children were growing up. Once your Uncle Danny told your Aunt Cathy to ride down the stairs on her bicycle. She ended up breaking her nose!

Another time he told your Aunt Cathy that the cigarette lighter in the car smelled like cherries and she burnt her nose. At the time those moments weren’t as funny as they are now when we look back on them. Your Uncle Danny was quite the troublemaker and always picked on his siblings! All of this was worth the problems I struggled with growing up. 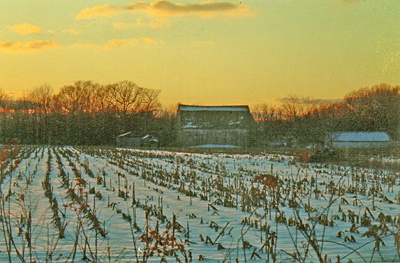