Looking back, there were so many signs. Too many, almost. How could I have not known? I still wonder to this day, It was so obvious.

But no matter, I got there in the end.

By the time I was five or six, it had been established that I was a physically affectionate person. But I had this secret urge to kiss my friends. When I was in first grade, my best friend and I decided to kiss each other on the cheek. I don't remember why- just something silly that seven-year-olds do. But I still remember the feeling of her lips against my skin. I didn't even like her like that- I was too young anyway. Yet, it seemed to be much more meaningful to me than it was for her. I craved an interaction like that for years after- thinking that perhaps I just never experienced a friendship as true as that one.

When I was nine, in third grade, I liked a boy. The first crush I ever had.

Going into fifth grade I had seriously started to question whether there was something different about me. I remember at recess when I would just… look. It sounds creepy, I know. But I just looked at my female friends. I admired how beautiful they were. And that was it. It was eerily similar to the way I often glanced over at the guy I had liked- the same one from third grade. But I never thought much of it- they were just really amazing people that I would die to be friends with. Right? That year, we were allowed to sit inside the school library at recess, where people had been using a website where people can write stories and post them. One day I came across one of the most popular stories of the week, a story of two 13-year-old gay girls.

Oh. My. God.  I still remember the day I read it- sitting in shocked silence. Don’t get me wrong, I knew what gay people were. It was a bad, dirty, taboo word, one whispered with giggling, one never brought up near a teacher, and never in the media. But it had never struck me that people could know when they were thirteen. It never occurred to me that people like this actually existed.

The prospect of being gay terrified me. I had a constant chant in my head for the rest of the year- You can’t be gay. You like him. ‘Him’ meaning the same boy I had had a crush on for the last few years. For the rest of the school year, I forced myself to remember that I was supposed to like him. Only him. I did this so much that it became a habit, one that still lingers to this day. Even though I don’t need to prove my supposed heterosexuality to anyone, I’ll find myself looking at that same boy and thinking ‘You’ve been faking, you liked him once’.

The other argument I had was a stupid one. You can laugh, it’s okay. I thought that only white people could be gay. Why? There was already zero representation of anyone who wasn’t straight, and even when there was a discussion of sexuality, it was always centered around white men and women. Indian media never discussed sexuality either- it was taboo to even discuss straight sex, why would they discuss something as perverse as a gay relationship?  It sounds silly now, but how was I supposed to know that people that aren’t straight exist in every race and ethnicity? No one ever told me. So, I added cultural imposter to my list of issues with my identity, genuinely believing I was the first Indian to ever not be straight.

In sixth grade, I sprained my ankle halfway through first semester and was on crutches for so long that I got moved from PE to drama. And it was there in drama that I met her. I remember the first time I spoke to her. I was keenly aware that I was far too nervous, and that there were butterflies- no, bats- in my stomach. Basking in the glory of a new crush, I went through the rest of my day with an extra bounce in my step and a smile on my face. But my happiness was short-lived. The moment I realized that now I had liked a girl and a boy, the life drained away from me, leaving only crushing grief in its place. I had never heard my parents discuss the LGBTQ community before, and I assumed that like a vast majority of Indians, they would absolutely hate me, assuming they even knew what same-sex attraction was.

My grades plummeted. My self-esteem evaporated. A constant track of insults and panic ran through my head. I was disgusting. I was awful. I wasn’t natural. My heart had fractured into a million little pieces, leaving painful shards throughout my being, knowing that I would have to tell my parents someday and I would never hear from them again. From the outside, it looked as if I was slacking off, so of course, I had to find a way to get my life together again. I did. But that thought lingered in the back of my mind every day, every night, for a long time after that. That year was the first time I came out, a terrifying experience that left me emotionally distraught, one that I swore I would never do again, knowing full well that I would obviously have to. Luckily, they were an accepting bunch- one that hadn’t been tainted by the media enough to even care. Looking back, it’s funny that I was ever worried about those two accepting me- they both ended up gay too. Birds of a feather, am I right?

Throughout seventh and eighth grade, I became more comfortable with who I was – slowly at first, but then more quickly as time went on, a rolling snowball of acceptance. Meeting other LGBTQ people of color, and the Internet helped me realize that maybe I wasn’t disgusting and unnatural. Maybe it was okay to be this way, okay to be me. By the end of middle school, I was out to around half of my friend group, which was quite extensive. It was still a guarded secret though, that I would agonize over before telling someone. I did lose some friends during this time. Trump supporters, strictly Muslim and Christian people, and others who just maintained that it was unnatural. But by this point I was practiced at convincing myself that I didn’t care, I was okay with losing those people- I didn’t need homophobic people near me. But every abandonment sent me edging back to that initial pit of internalized homophobia and disgust.

When I entered high school, it was freeing to fully accept myself. Freeing to be out to anyone and everyone because it wasn’t a big deal anymore. All my life, my sexuality had been a closely guarded secret, or an annoying fly buzzing near me as I spoke to new people. Bzzzz Would they stop speaking to me if they knew? Bzzzz. I would mentally swat the fly away with a rainbow flag, and until now, it had always come back. But no more. Taking away the internalized stigma, homophobia, and shame, it also took away the crushing weight and enormity of the subject. Nothing has been more freeing in my entire life. Of course, life isn’t perfect though. I will still catch myself wondering sometimes if I’m disgusting, if people will accept me, wondering if I’ll ever be able to visit the 73 countries where I’m illegal, or adopt from a religious establishment. But the whispers aren’t as loud anymore, puffs of self-doubt that I can blow away with a strong wave of self-confidence.

It has taken me years to be able to work up the courage to say this. Years of internalized hatred, fear, and guilt. Truthfully, as I see that word while writing this today, a tingle of discomfort and apprehension still goes up my spine. I'm not proud of it- but it's possible that I may delete that word and add it right as I submit this assignment. Just so I don't have to dwell on it too long. It still feels condemning. A telltale rainbow insignia pressed into my forehead with a loud thunk, announcing to the world that one of us is not like the others. But it feels like more of a Chuck-E-Cheese stamp and less of an iron brand, which is something, I guess.

When I started writing this, I thought I would tell a story about how I overcame my aversion to my identity, and am able to fully embrace myself. But even now, as I look back up to that one sentence, and feel a shiver go through me again, I don't know if I'm there yet. And honestly? I think that's okay. I have the rest of my life ahead of me. 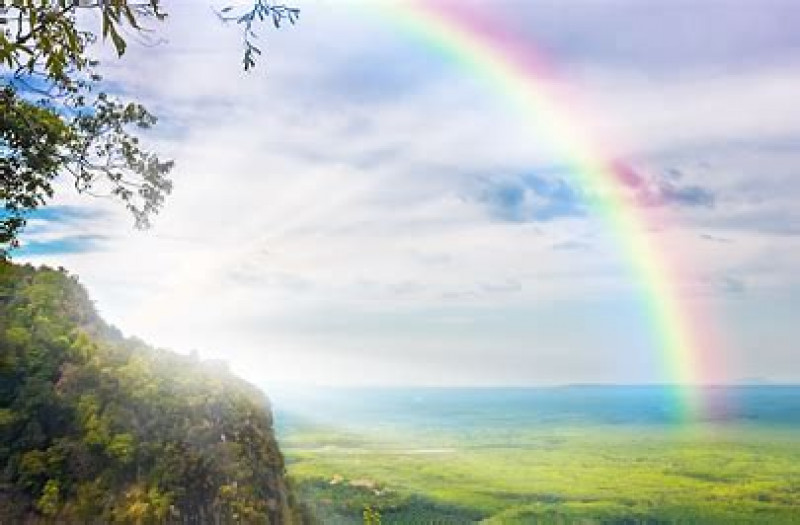 This piece is the result of months of heartfelt writing. Everything written in this work is true and directly taken from my own life experiences. I hope that someone out there will read this and find that they are not alone, in a world where queer youth are often shunned, attacked, bullied, and hurt by the world.

It gets better. I promise.