I'm not an only child. Anymore. My mom and I were on our way to church.  I knew something had happened because of her stiff composure and hesitant voice. For twelve years I was an only child, just my mom and her boyfriend, and my dad and his newly-wed wife. Twelve years of peaceful households and small responsibilities, until now. My mom told me she was having a baby.

My mom wanted to keep the gender a mystery and names were still in the air, so we called them baby Taco at the time, after my mom's pregnancy app told her the baby was the size of a taco. She loved (and still loves) to watch medical TV shows like Grey's Anatomy, so that was probably a factor in what she eventually named my sibling.

My mom wanted a gender neutral name since she wasn't going to find out until the baby was born, one that would work whether the baby was a boy or a girl. She also wanted something related to colors and something unique - a name that no one else had (hence my own name, Krimzon).

On October 20th, 2017, my mom had her first contraction. She wanted me to be in the room during her labor, because she wanted me to experience the miracle of childbirth. I didn't fully comprehend what exactly that would entail, so I said sure. I was a shoulder to hold onto the whole morning and afternoon as my mom had her painful contractions throughout the day, and it wasn't until the evening that she actually went into labor.

My mom wanted a water birth. When labor started, I was the self-prescribed "towel boy" where I would place cold, wet towels on my mom's chest throughout the process. Labor lasted several hours, finally ending at 9:11 PM. Everyone was exhausted.

One of the midwives asked me if I wanted to cut the umbilical cord. I wasn't quite prepared for the gushing pools of bodily fluids that erupted from the sliced skin. I only cut halfway through before letting go of the cutters, the midwife had to finish it for me.

The baby turned out to be a girl, and my mom had a name prepared for her regardless of her gender: Grey.

Grey was so precious when she was an infant (emphasis on "was"). Holding her and feeding her calmed my spirit. But then she grew up into a monster of a toddler, both size-wise and attitude-wise. I felt more like a parent than a brother, constantly parenting her, telling her she can't eat ice cream because she only took two bites of her bean and cheese burrito, and then watching her burst into fits of screaming tears.

Grey taught me that, as it turns out, I had little patience for screaming children, or so I thought. When Grey fell at Seaworld and hit her head on the concrete . . . oh my god . . . holy sh*t, I was so distraught, and Adam (my mom's boyfriend & Greys dad) picked her up and rushed to get some ice.

I found that my tolerance depends on the context. When Grey started screaming and refused to eat her cheese stick because I peeled the wrapper, I just walked away and ate what was now my cheese stick. Crying is a language that can convey many forms of distress. When it's anger over something stupid, that's where my tolerance dissipates. When it's distress from pain, that's where my protective side kicks in and my concern skyrockets.

I'm still learning to have more patience with Grey. I've gotten better about continuing to rebuke her after doing something she isn't supposed to. And I just let her have her moment of distress when she's screaming and crying, because I know she's just going to say no to everything. Continuing to be angry at her will do nothing good. She's only 4 years old so of course she's going to act this way.

As Grey slowly grows up, so do I. But while her growth is external and physical, my growth is internal and mental. Grey may grow up and look up to me. Depend on me, even. So much responsibility came in such a small package. But is it a responsibility I'm happy to endure? 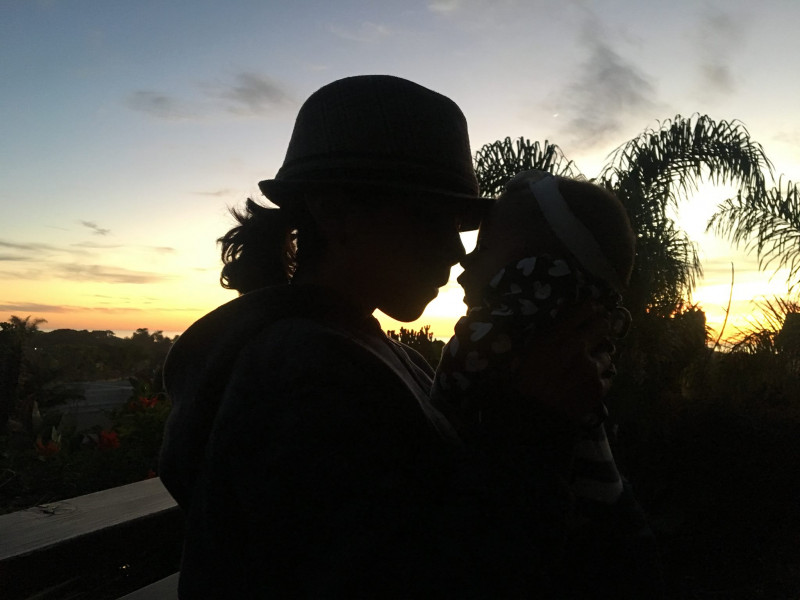