Just a Little Off the Top | Teen Ink

Just a Little Off the Top MAG

Favorite Quote:
"I used to have an open mind, but my brains kept falling out."

There's something fundamentally wrong about putting your hair into the hands of a scissor-wielding fiend in stilettos and designer clothing with a hunk of congealing, over-gelled who-knows-what growing on top of her head. She hobbles up in her heels, grips your hand with claw-like red fingernails, and shows her teeth in a pained smile somewhere between passing gas and extreme constipation.

“Do something,” you say, “just wipe that pained expression off your face and pull your lips back over your fangs before someone mistakes you for Medusa and chops off your head.”

Okay, so maybe you don't say that. But you think it. As the time-worn epitaph goes, “Speak to the hairdresser at your own risk.” It's never good to offend the one wielding the scissors. One wrong snip and – “Oops! Sorry.” Maybe you can tell your friends you were mauled by a bear to explain that giant chunk of missing hair on the side of your head.

After she shakes your hand and wins the Prize for Most Constipated Expression, she leads you over to one of those squishy swivel chairs and runs her claws through your hair. You try not to shiver. You fail. It's a shiver of epic proportions, starting at the tip-top of your head and popping down each vertebrae of your spine. She takes you to another chair to wash your hair, getting shampoo in your ears and making you shiver again. She leads you back to the chair and drags her claws along your scalp once more. Of course you shiver.

Maybe she'll just think you have a weird twitch. Or maybe you can tell her you're mildly epileptic. It's a special case, you can say: no real seizures, only spastic shivers 12 or 15 times an hour. Exacerbated by creepy hairdressers in stilettos with pointy red claws. Nothing serious.

She buries those pointy red claws deep in the shadowy recesses of a cabinet drawer and emerges bearing the flashing blades of the dreaded scissors. The first thing you think is, If she trips in those heels while holding those scissors, good-bye Left Eyeball, ol' buddy. It's been nice seeing out of you. Don't worry, the glass eye will never take your place in my heart.

She's poised over your hair, then snatches a handful and positions the blade. You squeeze your eyes shut, pray, and stifle a scream as the scissors rasp shut. You sit in stony silence for the rest of the haircut, gripping the seat until your knuckles are white, refusing to respond to the hairdresser's attempts at conversation. Maybe she'll think you're deaf. Or maybe you could say something like, “Me no speaky Eenglee.” It's a special case, you can say: normally you speak perfect English, but once or twice a day you undergo a vocal-cord bypass and suddenly all you can speak is stilted Russian. Exacerbated by creepy hairdressers in stilettos with pointy red claws. Nothing serious.

Finally the moment has arrived. She asks you
to look in the mirror. No amount of twitching, shivering, and sudden deafness can save you now. You raise your head, feeling like a 100-pound weight is attached to your chin. You stare at yourself in the mirror. Silent. Speechless. Thunderstruck. Flabbergasted.

Because you love it.

Maybe she'll think you're bipolar. Maybe you can say you suffer from convulsive depression. It's a special case, you can say. Every once in a while you undergo a sinking gloominess and you can barely raise your head and look at yourself.

But it's cured by smiling hairdressers in cute stilettos with pretty, red-painted fingernails. 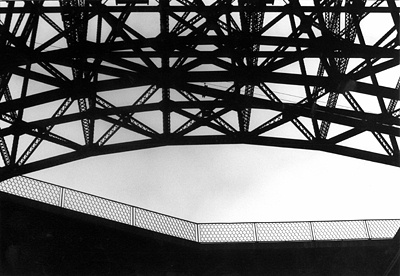 View profile
This is a great piece! I've loved it ever since it came out in the magazine.
You were able to mix something extremely funny with a real fear.
I love your work! :)
-Duckie- GOLD said...
on Feb. 1 2012 at 8:19 pm
-Duckie- GOLD, West Fargo, North Dakota
18 articles 0 photos 127 comments

Favorite Quote:
Your heart is a weapon the size of your fist. Keep fighting. Keep loving.
-Anonymous

View profile
This is cute and funny! I had my hair donated this past spring and so that was a little scary... but it looked okay in the end :) check out some of my work? Thanks :) and good job again!