I didn’t think becoming an upperclassman would be a big deal. After all, becoming a junior in high school was not supposed to be fun! It brought up all sorts of unpleasant subjects--standardized testing; college; harder teachers, and harder grades. Junior year was going to be the craziest one yet, I heard, from all the people who survived.

But I couldn’t let myself down. I didn't want to know what would happen. After all, there had to be something to look forward to. My sister was entering the ranks of bubbly freshmen; every day in orchestra we hammered through the same Halloween music together. I was working on being the cool, removed, and entirely glamorous older sister. It was also my third year in several clubs. I finally figured out the ideal sandwich combination, which is cheese, lettuce, tomatoes, spinach, cucumbers, and pickles. And I had a water bottle that was gobsmacking gorgeous.

Then...nothing. Nothing happened. The beginning of school didn’t feel like the end of the world. It just felt like more school.

That wasn’t the case for me in the past. Not a day would go by that I didn’t feel like a nervous wreck. That could change throughout the day, thankfully, with the addition of food and/or chocolate. But for the last two years, going through a day of high school was like dodging all sorts of flying things at once. Exhausting, and rather dizzying.

The first weeks of junior year were good. Mostly, it seemed, because the mantle of “upperclassmen” took a different weight. There was a new expectation to rise up to the challenge; speak out; be a leader. Sometimes that was voluntary, other times not. I found myself section leader in orchestra again, and on sectional days responsible for directing the second violins. I lunged for new responsibilities in clubs. There in my sister’s textbook, I revisited my old nemesis, Geometry, as we struggled through her honors class together.

Some days it was great. Some days it was amazing. There’s the best feeling in the world, which is leading a group feeling entirely level-headed. Even if the project fails, you have fun. You might even squeeze some laughs from the crowd. And then there’s the worst feeling, which is leading a group and failing miserably. Or, waiting until one o’clock for your lunch period.

And some days, I want out. To crawl under my desk, and hide! And not have to say anything, or have anyone look at me. Maybe I shouldn’t be leading the group. What do I know about being a leader, anyways? It’s too much, to constantly come up with good grades, interesting ideas, and dazzling small talk all at once. Functioning all day, every day, on high power is hard, and being a leader has often felt like a burden more than a privilege.

But the clocks keeps ticking, and days fly by. I’ve found there is always something to look forward to. It’s been one of the most terrifying and rewarding things in my life to take on new responsibilities--and it can be incredible, if you take a minute and breathe. From crazy older sis, to frantic club president, there’s a lot of things I have done and haven’t. Better yet, I’ve still got another year. I’ve got several, actually. Being your best self never ends. 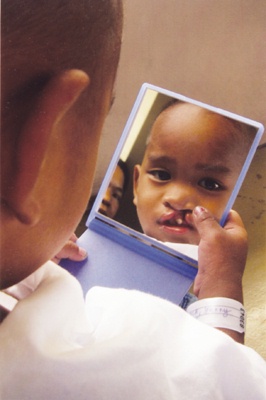 What does "THH" stand for? Good question! It's THE HOLY HITCHHIKE... The name is Ala Nova, and you have entered the domain of my discussion, thought, and paraphernalia. Enjoy, and let loose your commentary and suggestions below. A new column every Friday!