There Are Angels Everywhere | Teen Ink

There Are Angels Everywhere

Favorite Quote:
Show them who, what, when, where, and how. But most importantly, show them WHY, because every great story has a WHY.

"There are angels everywhere."

That’s what I said for both of my projection checks at NCTC this year. It was my first time going to a theater competition, and it was the most fun I’ve ever had in my life. (Well, maybe not my life… but you get the point, right?)

The projection check is when your cast stands in a line across the stage and says a line from your play - or in the case of my cast, something not in your play. We belted out song lyrics, quoted Peter Pan (the fall play at our school this year), and said random stuff like what I said. Mostly, it was Peter Pan quotes since 80% of the cast for our competition plays was in the fall play and we had just finished with Peter Pan… so it was fresh in our brains. Not my brain - I had skipped Peter Pan for a fall sport and went to the night shows to pass out programs. So I said the first thing that came to my mind: "There are angels everywhere."

I really do believe that: it’s not just a cool username, and it’s not just something I thought up because my friend was talking about inner demons. I’m not religious, but for me, angels aren’t a religious thing.

They’re everywhere. And if you just look, you’ll see them. They don’t have wings and halos, and they’re not angelic all the time - everyone has bad days and gets snippety sometimes - but they’re still there. The secret to seeing them is looking for the best in people. A lot of people don’t see the good parts of others - they see the annoying know-it-all, or the disruptive class clown - but if you look, you’ll see the angels all around you. 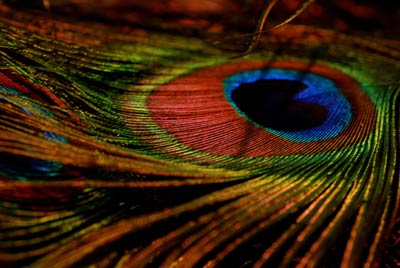 "Include something about you or this piece,"... well, hmm...

This is sort of based on a true story/event - I did go to NCTC, I did say this, and I do believe that there are angel everywhere (hence, nonfiction piece of the personal experience category).  Most of it isn’t the experience, though - it’s explaining my belief.

And about me: I enjoy theater, writing, and reading.  (And that’s all I can think of.)