What I Didn't Do On My Summer Vacation | Teen Ink

What I Didn't Do On My Summer Vacation

What I Didn't Do On My Summer Vacation

1.
Stay Up Late? - well, I did stay up late, I just didn't literally stay up all night. I never intended to stay up, it's just what happened when there were too many butterflies in my stomach, too many bees in my bonnet. When I couldn't fall asleep I'd stare out my Venetian blinds at the cars that passed and wondered what they were doing at 2:00 in the morning. Probably the same thing I was – not sleeping, being curious – except in a car.

2.
Go Camping? - actually that's a lie, if you count my friend's backyard as a campsite. It was cold as hell when we went out there at 3:00 a.m. after drinking tea and watching Fellowship of the Ring. So we bundled up and sucked it up. When we woke up we almost died of heat stroke when the sun came out and cooked the sides of the tent, as well as cooking us, under our sweatshirts, and flannel pygama pants, and sleeping bags, and duvets, and fuzzy socks.

3.
Write? - well I actually did write but not until at least a month, or till the last of my brain cells lay dormant for the summer. And I only started a novel. Only a novel. If I have a really good juicy idea it has to be a novel. I can't write short stories with good ideas. Except if they're really short, like 200-words Mr.-Brown short. And honestly, if you have this epic, granddaddy-of-all-stories idea, who's gonna stoop to 200 words? Exactly.

4.
Go to Summer Camp? - actually I did go to a summer camp, but it was a Christian camp, so that doesn't really count. Just kidding, we did all the traditional camp stuff: have a campfire, make tie-dye, go canoeing, do archery, all that crap. But we also had mini church services, so I'm not sure if that cancels the rest of it out.

5.
Go on Vacation? - well I really did go on vacation, but I don't count it as a real one, because it wasn't one of those Sarah Dessen beach vacations where you stay in California for two months and meet ten hot guys and fall in love with one of them and have a tragic summer romance because you don't actually live in California, you live in Portland, but it'll all be okay because you're in a Sarah Dessen novel. You see, a Sarah Dessen novel beach vacation is difficult when you're with your family and you can't just mysteriously sneak off and your parents won't be suspicious. Plus you need to be in California. And you need to know Ms. Dessen. Maybe I'll give her a call. 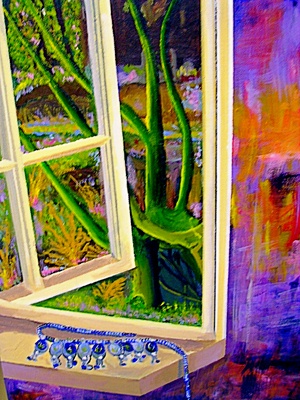 The author's comments:
You know how your teacher always made you write an essay about what you did on your summer vacation? Well, my Lit teacher Mr. Blauer told us to write about what we DIDN'T do. Here's what I came up with. Also, I know this isn't actually poetry. It isn't fiction, either. It's actually nonfiction, but it's not really an article, so.
Post a comment
Submit your own

Favorite Quote:
"When one door closes, another one opens"

View profile
This was interestingg! (: