My basement has become the scariest place in my world. Over the years it has evolved from being a warm family hangout, to a dark and treacherous place. The basement is where childhood memories, useless family possessions, and rodents go to die.

The door into this dark crevice is a gray metal one that’s cool to the touch. Huge and heavy, the door requires a lot of strength and determination to get pushed open. It’s like the door itself is trying to warn off those who wish to explore the world beyond its frame. Once someone props it open, a strong, overwhelming aroma of gasoline intrudes their nostrils. The once clean air is replaced with not only that smell, but also by the musky scent of molding books and the once comfortable couch that now sits rotting from the inside out. The stairs are long and creak loudly under each step, as if the boards were threatening to break under the visitor’s weight.


With the lights on, you can see the old remnants of the once energy filled room, but the despondency of the current atmosphere is clear. Dark shadows lurk on the walls, causing a feeling of dread and immediate fear. Spiders in their webs decorate the ceiling with patterns similar to constellations in the night sky. Broken cobwebs wisp across the skin of anyone who goes there, causing goose bumps to rise and an intense chill to run down any visitor’s spine. The eerie sound of dripping water echoes across the paint peeled walls, forming a strange melody with the humming sounds of the aged electronics.

The boiler is the heart of this hell. Old and run-down, the boiler emits soot into the basement, coating boxed memories with its black film as it coughs and splutters like an aged smoker.

The basement wasn’t always a scary place. Years ago, it was just a simple entertainment lounge. Although a little cramped, it was clean, organized, and extremely inviting. A set of long stairs led into the basement, photos of family trips and loved ones smiling down at anyone who descended. There was a computer station set up towards the far back of the room between the boiler room and the garage passage way. The boiler grumbled quietly behind its door, and heat would tickle your skin as you sat in the office chair. Untouched CDs and computer games crowded the desk and wasted computer paper piled up where the temperamental printer spewed them out. A five foot radius around the computer was my brothers’ digital universe. In their little corner, they escaped into the world of sports and gang violence, losing themselves for hours at the mercy of the controller. As an inspiration for my brothers to read more, my parents had placed a bookcase adjacent to the game console with irrelevant and uninteresting titles shelved neatly on it in no particular order.

The TV area was the most popular in the setting. A huge, old-fashioned, square tube brought the basement to life with all our favorite dramas and sitcoms. The garage-sale couch provided much comfort in the late hours of TV watching, even though the springs were loud and rusty, and the cushions were weary from years of use.

The basement where we created memories of fun and entertainment is now nothing more than the source of fear and a tarnished sanctuary of the past. 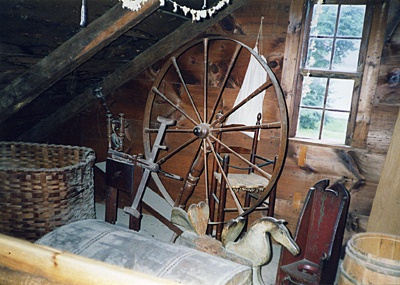 The author's comments:
My basement through my eyes. I wrote it like I would a descriptive essay so it's kind of formal!
Post a comment
Submit your own

Favorite Quote:
"Everything will be ok in the end. If it's not okay, it's not the end."

View profile
Thank you! Description has always been my weak spot, but I'm glad you liked it!
Pargaran SILVER said...
on Nov. 1 2013 at 1:18 pm
Pargaran SILVER, New Glasgow, Other
6 articles 3 photos 123 comments

Favorite Quote:
"Be who you are, and say what you feel. Because those who mind don't matter, and those who matter don't mind."
-Dr. Seuss

View profile
Whoa. I got this angry vibe from you as you explained how broken and dead your basement is now. Are you saddened that it has become such ruin? Anyway, great writing. You really took me into your basement with you. I could almost smell the decay...haha, makes me think of my basement!
Fallen_ PLATINUM said...
on Nov. 1 2013 at 7:09 am
Fallen_ PLATINUM, Quakertown, Pennsylvania
25 articles 3 photos 433 comments

Favorite Quote:
" a shattered world is only an opening into a new beginning with laughs, smiles, and love all around enter the world of the light and away from the broken darkness"