The Road to Self-Actualization: It sure is long. | Teen Ink

The Road to Self-Actualization: It sure is long.

Favorite Quote:
"Get your facts first, then you can distort them as you please."
-Mark Twain

Little did I know that when I, at the tender age of two, first walked into preschool, dug my waxy red crayon into the blank face of a piece of construction paper with a bit too much zeal, and painted that cheesy, socially awkward smile across my face for the first time, I was signing a figurative contract in semi-permanent marker (the kind that can be removed, but only with a decent amount of scrubbing), dooming myself to a life of alternating and blending superiority and inferiority complexes, the kind of life one subjects oneself to when one is something commonly known as a “people pleaser.” I don’t remember exactly what my expectations were when I first left my mother’s arms for a few hours a day to shift my focus to the future: school. Somehow, in those early years, I came down with a disease- no, not a disease, but something of similar effect: an Idea. The Idea that the worth I had as a human being came from how much I impressed and pleased the people around me implanted itself like a seed in my impressionable brain. The seed fell into fertile soil. The Idea swirls around the warped and corroded sense of self-worth that oozes out one ear and then trickles back in through the other.

I did well in preschool. I continued to establish myself as a “student with potential” in elementary school. Adults smiled down upon studious little me, who read books and answered questions in class and never watched cable television. I had friends too, friends who shared my passions for Harry Potter and American Girl dolls. The praise came – both directly and through inviting smiles from classmates and glances of approval from adults – “sweet, like candy sticking to my teeth, but underneath so damaging,” to quote the lyrics of Plumb (“Better”). I don’t recall being told often that I had much room for improvement, although I did (need improvement, that is). Perhaps people could see my emotional hypersensitivities, the teetering balance between delight and devastation I kept, and feared long-term repercussions of telling needy Claire that her work wasn’t perfect. But maybe by that time, I was already too full of myself to recognize the fact I wasn’t perfect, or at least some higher specimen of humanity. So I developed quite the sense of arrogance through my teachers’ praise (I preferred to talk to teachers over classmates for the most part, and I valued their opinions extremely highly; my teachers were gods and the gods were complimenting me!); however, deep down, I knew that I wasn’t all I was cracked up to be. I didn’t like feeling like a fraud of some sort. So I pushed those feelings away, piling decaying compliments over them to hide them, creating an unstable sense of self in the process. Were anyone to do something to upset that mountain of compliments, the golden hoard, then the truth would be exposed, and I was afraid of the truth. I never wanted anyone to be displeased with me. I wanted more praise, because every compliment added to the pile reassured me that my fears of incompetency might not prove reality-based.

By the time I turned eleven, the stack of rotting commendation had made enough of a stench to distract me from my limitations. I was starting middle school. I would seize the day, day after day, and establish myself as simply the best at everything. I dwelled happily in my castle in the sky, but a plummet back to earth was inevitable, as cliché dictates. And so I plummeted, after my first month or so of middle school. Academically, things were going just as planned. But I was far from satisfied. I had, at that point, realized that I had no friends. I occasionally attempted to communicate with my peers, but I got little in return other than polite-but-strained responses, disgusted glances, and one memorable snide comment about the origins of my clothing (apparently sixth graders aren’t allowed to wear T-shirts from The Children’s Place). I had more teachers and larger classes, and suddenly, classmates took on a more dominant role in my daily routine. But I didn’t know how to approach them. They offered no praise. I didn’t speak their language. The students in the desks next to me wanted to gossip or talk about cell phones and rock bands and sports and shopping malls. I wanted to debate whether Darth Vader was truly evil or not, or find out which book series others liked to read in their spare time. This wasn’t a problem in elementary school (as far as I noticed), but in a middle school in which I knew nobody, I might as well have been mute. I started to feel the face of everything I lacked leering at me. Desperate, I started shopping at Hollister, a strongly-perfumed place in which I felt scrutinized and out of place. I got compliments on my new wardrobe, which made me feel a fleeting sense of satisfaction, but it was empty and short-lived; I still had no friends.

I wasn’t yet willing to face up to my imperfections and accept myself. Instead, I cultivated a garden of anger and bitterness. My loneliness, my lack of companionship, wasn’t my fault. It was theirs. Them. The sheep. The conformists. They were all the same. They simply couldn’t commend my greatness because they were too feeble-minded to accept it. Ironically, at this point, I had begun talking to two or three people that would prove themselves loyal and lasting friends. But that didn’t change the problem of the Herd. I had to differentiate myself to prove that I was better than they were, so I started listening to obnoxious, whiny screamo music and wearing an excess of black clothing. Indeed, I delved into a thirteen-year-old emo phase (and after about six months, a Goth phase, since I tired of the annoying screamo songs rather quickly; this was perhaps the lowest point of my life, in terms of musical taste), and my intertwined superiority and inferiority complexes developed further.

The emo and Goth phases, thankfully, didn’t last more than two years. However, the negative results of my reliance on compliments did. I’ve moved to a higher level of maturity, but the conflicting superiority and inferiority complexes are still swirling around in my head. I still feel hurt and confused if I don’t receive compliments. However, I see some hope for an end to this condition yet; I have finally recognized the pitfalls of basing my sense of self-worth on others’ opinions of me. I will not be successful in life until I completely accept myself in my own eyes, at my true value. I shouldn’t love myself for what I’m not, but I also shouldn’t hate myself for not being loved by others. I can’t rely on others before I rely on myself. Therefore, I will make it one of my major life goals to accept compliments humbly and take criticism in stride, using both to better myself. In that, I can undo the tangled knot of my self-esteem and get on with my life. 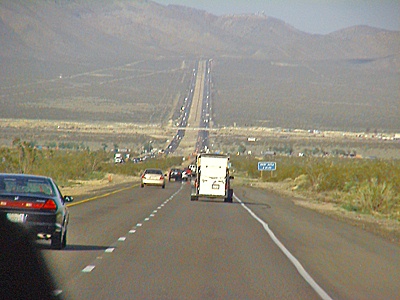 The author's comments:
This was for a personal reflection journal assignment in my junior year English class; it contains my thoughts on the way superiority and inferiority complexes seem to be tied together.
Post a comment
Submit your own