Favorite Quote:
“Every man has his secret sorrows which the world knows not; and often times we call a man cold when he is only sad.” ― Henry Wadsworth Longfellow

We always laughed at them. Them with their painted faces and their provocative clothes. They were the wolves. Those girls who followed, their prey. Those girls who tried to be like the ones who were higher up were always being hunted. And if you didn’t try to become a wolf, you were set free. And the three of us? We enjoyed that freedom to its limits.

We criticized those girls, both the wolves and their prey. The wolves were oh so perfect to the unknowing, blind, following girls always one step behind them. Their lives seemed so appealing to others. Those poor girls followed their “idols” everywhere, desperately trying to become one. The three of us promised never to become like them.

I still had my suspicions. She started to wear makeup. She stayed silent when we criticized them. I saw her grades slowly begin to lower as well. I brushed away my suspicions-I didn’t want to believe that she wanted to be one of them. Still, it eventually got harder and harder to ignore.

When she left, you were devastated. You tried to get her to talk to you again, but your attempts were futile. I knew they were, so I never tried.

She became just like them. She had her expensive boots, her face full of makeup, her shirts made of cheap material but still cost a fortune, those earrings that must've weighed five pounds each, her shorts that she was wearing even though it was the middle of winter.

Yet after a short while, we could see that her “rank” was slowly dissolving. She was becoming the wolves’ prey. They were throwing her away as a used toy. It was no surprise when she came crawling back to us, with her urgent apologies that were void of meaning. Her tears fell on the ground.

All I could see is that they were polluted with mascara.

You swore never to become like her. You swore to always stay my friend, to never give in the the temptations, the persuasions, the “perfect” life promised if they asked you to become one of them. We both knew that it wouldn’t last for long.

I shouldn’t have believed your promise.

Over time, we saw her around. She made a few new friends, but they were entranced by the wolves as well. Her face full of makeup, her overly straightened hair, her fussing about that new singer, her arrogant hair twirling and the D’s on her report cards; they all disgusted us.

But then you left. You left behind the freedoms we had known for so long, and became one of them. This time, it was me who was shocked. When I saw you in the hallway listening attentively as they brainwashed you, I clutched my books and ran off.

Eventually, I found new friends. These were the kind of friends who made me feel stupid whenever I was around them. I didn’t mind though, I liked a challenge.

Of course, I made other friends too. These friends were just like you, just like her. At least, the way you two used to be.

Then one day, I saw you trailing behind me at lunch. You looked as if you wanted to say something. I remembered immediately that they had brainwashed you then brushed you off to leave you abandoned. I sat down at a table where my other friends were, and there was one last seat right next to me. You sat down there. Then one of my friends, the one that would usually sit there, tapped your shoulder. She asked politely if you would move, and told you that she normally sat there.

That’s when I saw your new adopted personality for the first time up close. You sneered and told her that you sat down first and she had no right to kick you out. Then you laughed haughtily with your nose so high it could’ve touched the ceiling. You glared at her with a look in your eyes that told her you believed you were superior.

I was appalled at your rude behavior. I looked all my friends in the eye, signaling that we should move. Since there were no more empty tables, I guess you wouldn’t have expected that we would leave. Instead, we went to a classroom where we ate often. You were left there, alone, with obvious shock in your eyes. I guess you wouldn’t have thought I would abandon you. You didn’t realize I wasn’t the same person I used to be. I was no longer that sweet, naïve, childhood friend that followed you everywhere.

It was a mean thing to think, but I thought that you deserved it.

But still, nothing will fill the gap inside of me, that gap filled with your promise that melted like a snowflake gone to summer.

No matter what I did that day. 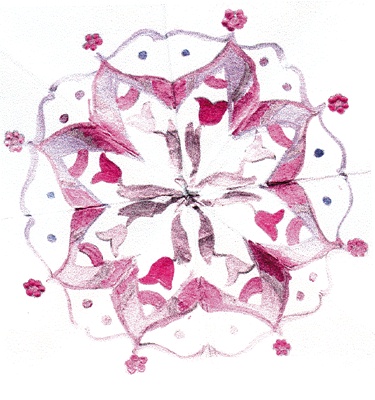 View profile
So beautiful and that lovely effect when you just say 'She left first.' and the other commentary is just so amazing! You deserved this editor's choice :D NEXT STOP: GET PUBLISHED!