Please Don't Call On Me

Favorite Quote:
"history, despite its wrenching pain, cannot be unlived, but if faced with courage, need not be lived again." -Maya Angelou

"Okay, if people don't start raising their hands, I am going to start picking random people..."

A wave of panic washed over me. Pins and needles covered my whole body, my legs, arms, feet and hands, as if my whole body had fallen asleep. I knew the answer, but the thought of speaking in front of all of my classmates, let alone in another language... no. Just no. I silently prayed to whatever gods were listening that someone would raise their hand, or that my Spanish teacher would call on someone else, like that kid Isaac who never pays attention. Somehow I knew no one raised their hand.

"Casey- numero cuatro, if you will."

A lump formed in my throat that I could not swallow. I realized it was my tongue. My head was burning with heat, but I had broken into a cold sweat. The needle feeling had spread to everywhere. My brain felt like glass, and my thoughts were that it was on display, where everyone could see it, could see the nothingness that engulfed it. I felt people's eyes burning holes into me like lasers, and I suddenly wished I could forget how to breathe- to die. My breaths were short, anyhow, and I wasn't getting enough air, causing me to sweat more. I was blinking furiously, trying to hold back the tears that I so badly wanted to let roll. If they saw me crying they would think I was a baby.

I choked back my tears and half-mumbled something intelligible, something that, if you had been me, would have been, "I don't know." But I did know. I had the best grade in the class. My Spanish teacher KNEW that I knew, too, which only made it worse.

I couldn't hold them in any longer. Huge tears rolled down my cheeks. I felt terrified, humiliated. Any hopes I had had of my classmates not knowing about my social anxiety was diminished.

Isaac was over at his table laughing with his friends, probably at me. I could hear everyone's whispers, despite their beliefs. Everything went mute. It was just me, their whispers, and the feeling of humiliation that only enhanced my symptoms. I looked down and said nothing. I stayed that way for the rest of the class period, and when the bell rang, I didn't get up. My teacher came over, sat down in the chair next to me, and said something I didn't hear. She noticed that I didn't acknowledge her and repeated herself:

"You can stay here until you are okay. I'm sorry."

She put her arm around her and rubbed my back as the silent tears continued to fall from my eyes. I appreciated it, but in that moment I was in shock and did not know how to portray and emotions except for terrified and humiliation. I knew if I did not leave right then that I would stay there until the end of the day, or until some guidance officer came to collect me and put me in a big room where we would talk about my feelings until I was done crying. Whichever came first. So, I wiped my eyes, gathered my things, and apologized to my teacher.

I thought it was. For the longest time. I walked out the door with my feet asleep, my pride torn down, and a prayer that I would not be called on in the next class. 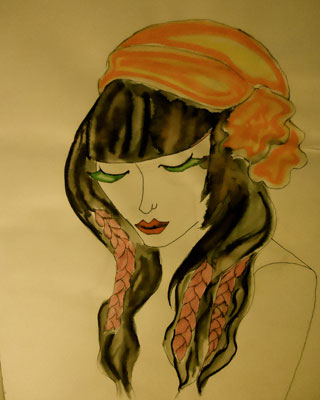 Know that if things like this happen to you, someone understands. Because I do.. It sucks, but we can get through this.