“And now our A, B, and C skaters are here to welcome you to India!”

We skate out, single file. The air of the rink is a shock of cold water as it hits our bare arms. I glide across to my spot, positioning myself between Kyra and Sami. I was born to be standing in this spot, waiting for our music to start.

When we've arranged ourselves in a pyramid shape, Kyra at the tip, Sami counts down, “3, 2, 1,” and we all bend at once, one leg drawn out in front, arms stretched to reach our toes. It's an awkward position, but we've grown used to it from weeks of rehearsal.

There is no sound except the breathing of the skaters around me. I can almost hear the held breath of the audience. We stand, bent like trees in a windstorm, all wrapped in colorful scarves for saris. We look like a flock of nesting tropical parrots; although if we are tropical parrots, we are sorely lost.

I felt about as lost as a tropical parrot at an ice rink my first day of skating. I stepped onto the ice in my $50 Canadian Tire figure skates, not completely sure I remembered how to skate at all. I marvelled at the ease with which every other girl on the ice moved. I started forward, catching my pick as I pushed, making an ugly scraping sound. I felt a awareness of my height, how large and gangly and awkward I was compared to these wisps of girls sailing through the air like they were made of silk. Not one seemed more than 13 years old, and yet they were already miles ahead of what I could do. I made a few clumsy circuits around the ice, acutely aware of the other skaters watching me, wondering who this giant was.

The music starts. We rise slowly from our bent position, our hands clapping over our heads. This is my favorite part, where carefully choreographed dance moves fit perfectly with the music. We shake our hands and shake our hips and we're grinning because we know we've got the routine down. We've practiced for weeks, and now it's showtime.

I've been skating for eight months now, but this next part of the routine still terrifies me because I'm afraid it will highlight the difference between me and all the “veteran” skaters: we travel in lines to the circles on the ends of the ice, where we skate in a pattern, switching from backwards to forwards. I know I'm not as fast as the others, so I need to push myself, strain to blend in. “Fake it 'til you make it” has been my mantra for the past eight months.

Blending into the skating scene was important from the start. By listening in the changing room and watching the girls, I learned things, like how you need at least one pair of tights, if not several; and you need a good pair of skates to be able to do real spins and jumps. This good pair of skates, however, turned out to be expensive, and they took a lot of breaking-in and bloody blisters before they started helping at anything.

Something unfortunate I learned when I began was that any skater who hadn't passed Level Five was required to wear a helmet. I already stuck out like a very tall, very unskilled thumb, and now I was the only girl wearing a helmet; my dignity had pretty much run screaming from the ice forever. But there are times in your life when you just have to swallow your pride and work that helmet. Because I knew after only a month that skating was worth it. And after three months, when I got my Level Five, the other girls surprised me with a card and cupcakes, and I knew then that I&#39d found a second home at the rink.

I follow Sami down the ice as we head into formation. I'm keeping up but I can't stop, can't slow down; adrenaline sparks in my muscles, making every move electric. I fit into the formation, and we go around the circle, and when I have to switch from backwards to forwards, I do it as quickly as I can. I haven't lost my place. I'm where I need to be.

Then we move into the pinwheel. Pinwheels are a standard in ice shows – there's one in virtually every routine, from the hockey-helmeted PreCanskaters to the A-levels – but they're always crowd-pleasers, eliciting oohs and ahhs from the audience. They are also very easy to screw up; one skater doesn't move fast enough, the skater on the end wobbles in her Y-scale, and suddenly the whole thing's a mess. But we pull it off. I look down the line as we go around, and we look straight, strong.

The icy air is delicious as it freezes in my lungs. I used to get cold on the ice. Now it's as if the artificially cooled rink temperature is perfectly suited to my body – or, rather, as if my body was created to live in this climate.

At first, my body resisted. I would get numb fingers and ears, shivering in sweaters and tiny shorts. From the very start, my elbows and knees were permanently mottled with purple-red bruises. I got used to constantly throbbing joints after smashing into the unforgiving ice time and again, often in the same spots in the same night. As I got better, I would continue to get intimately acquainted with the ice, up close and personal. But the difference was that I embraced it. You have to accept falls as part of the process, or each one will hit harder than the last.

The fear of falling was something I had to overcome. Fear can make it harder to do a lot of things; you aren't going to jump your highest if your body is tense. You have to let go and skate with abandon and take leaps of faith and throw yourself at the ice and dare it to defy you. A lot of times, it does. But the more you try, the more you'll win.

We're in a line now, with our arms on each others' shoulders. We go down the ice in a kick line, trying not to catch our picks in the ice – or in the ankles of the girls beside us. Here our group is like a choir; we all need to be in tune, to feel the music, to keep time with each other. And we've all struggled with this – figure skating is primarily a solitary sport, so we don't get much practice with teamwork.

The last part of the routine is a true test of just how connected we are. We link hands and skate around the center circle, and once we've gone around once, every second girl lifts her leg, hip-heigh, into a spiral. The rest of us have to keep the spiral girls steady as they balance like flamingos. The audience is eating it up; this move is a show-stopper. We haven't had anyone get their eye taken out by a blade yet, but we still hold our breath until all the spirals come down.

As the music wraps up, we curl into a tighter and tighter circle. We stop in place and clap along to the music 'til it ends, and we bend into our starting position, arms drawn in front, heads down. For one moment that's as short and long as forever, nobody moves and it is silent.

Then comes the applause.

It starts slowly and then crescendos until it's thunderous and booming. We stand and bow, and, grabbing the hands of the girls on either side, we skate off the ice, letting the applause wash over us. Our bodies are buzzing with adrenaline, and we hug as we come off the ice, laughing in relief. Our arms are wrapped around each other, shivering in our sari-scarves, and the only word to describe how we feel, gasping in the frozen air, a gaggle of delirious figure skaters, is alive. 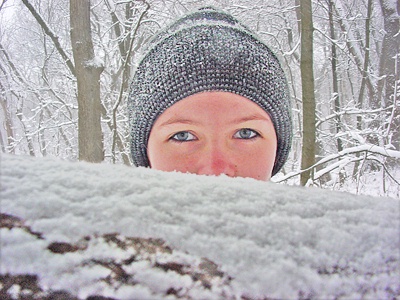 The author's comments:
This is a piece about my ice show this past year. I started skating just over a year ago, at age sixteen; going in, I had no idea how hard it would be - but I also had no idea how passionate I was going to get about the sport. Now, skating is my life, and I am never happier than I am when I am on the ice.
Post a comment
Submit your own

View profile
Thanks for reading! :) A spiral isn't a regular figure skating move; it's actually a synchro move that we do in ice shows. It's where you're all in a line with your hands on each other's shoulders and you pivot around the middle person in a pinwheel movement. They're super fun but they're REALLY easy to screw up! ;) I'll try to post a link to an example of one but if it doesn't show up, just YouTube "figure skating pinwheel" to check one out :) Anyway, thanks for your comment :)
IsobelFree DIAMOND said...
on Jan. 7 2013 at 10:51 am
IsobelFree DIAMOND, Hamilton, Other
71 articles 20 photos 296 comments

View profile
Thanks so much! :)
Ravenclawprincess1123 BRONZE said...
on Jan. 5 2013 at 4:57 pm
Ravenclawprincess1123 BRONZE, Deep River, Connecticut
3 articles 0 photos 3 comments
View profile
This is so cool I play hockey I tried figure skating once (I failed) but this story is so well written that it made me feel like I was out on the ice
TheGoodTwin said...
on Jan. 2 2013 at 3:26 pm
TheGoodTwin, Fort Mill, South Carolina
0 articles 0 photos 70 comments

Favorite Quote:
Some are born great, some achieve greatness, and some have greatness thrust upon them.

View profile
Good job! I was just wondering, though what is a pinwheel? Does it go by another name? I am also a figure skater, (I'm pretty bad actually) but I know skating terminology and have never heard of pinwheels. Do you mean figure-8s or twizzles or something like that? Maybe it's just different in Canada!
Either way, great job and keep writing.