I know why you did it but it still makes me sad. An immigrant’s attempts to fit in are never pretty, especially when he’s obviously ethnic. I have a picture of you in your twenties; it’s black and white but your olive complexion, so obviously Sicilian, stands out. You’re wearing a crisp, white shirt in an attempt to conceal your immigrant status but, instead, the shirt makes it more obvious; your bronzed, sun-soaked skin seems twice as dark against the fabric. Your shoulders and chest made broad and thick from heavy lifting seem about to burst out of the shirt. You always did manual labor. You built New York from the sidewalks up to the sky. Sidewalks, you discovered, were never made of gold.

When I see your face in the photo, I smile, recognizing my own features. You’re not smiling. Your lips are turned down in a scowl. Your lips, they’re what catch my attention first. Full, sensual, Mediterranean lips, not thin and pinched like Americans. Then your eyes; dark and beautiful. I always wonder what you see in the distance behind the photographer. Perhaps your life’s labor; buildings looming over the city. Perhaps you’re scowling because you hate those buildings.

Then my eyes settle on your hair. It’s a dead giveaway that you are Sicilian, black and piled high on your head in tight curls. So tight that, although your hair is long, it doesn’t fall to the side but remains towering on top of your head like the buildings towering over the city.

These physical features can’t be changed, although you may have tried. I know I did. I remember all the mornings I spent desperately trying to flatten those curls I got from you. And once I cried to my mother because I thought my lips were too big. “They take up half of my face!” I wailed.

You didn’t love your Italian self either. Your name was Santo, but you told everyone it was Tony. Tony was more American. Even I, your granddaughter, knew you as Tony. True, we’ve held onto many of the old traditions. We’ve escaped the American plague of fast food; you’ll never see a member of the family eating anything but homemade, and we always eat together. But while we struggle to hold onto our old identity, we struggle just as hard to push it away. I realized just how much we’d conformed our Italian selves into an American mold when I learned about your name. I felt so sad for you, Grandpa, denying your very name, just to fit in.

I thought of Uncle Tony, named after you due to an unbreakable Italian tradition of naming the first son after the father. But you bent the rule by giving your son your fake American name instead of the your Sicilian one. It must have been painful bending a tradition so important to your people. And it didn’t stop there; I too am an example of this sad sacrifice. According to tradition, a first daughter should be named after her father’s mother, my Nonna Antoinette. But I was named Emily. And my grandma, fearing Antoinette was too Italian, switched to Ann. My father, too, suffered a similar fate. He’s named after Uncle Giovanni, but my father’s name is the American version, John.

I know you started this trend for the good of your family. You didn’t want them pointed out as foreign, and I thank you for that. But I wonder if you were not proud of yourself. You were a man who started from nothing; you didn’t even get to finish high school, yet you managed to send both your sons through college. You were raised in a shabby tenement in the Bronx, yet you moved your family to a house on Long Island.

As an Italian and as a man you deserved to hold your head high. There’s been enough hiding - America is ready to see just how many ingredients went into its mixing pot. Grandpa, I want you to know that I’m going to leave my hair curly, I’m going to love my lips, and I’m going to name my son Santo. 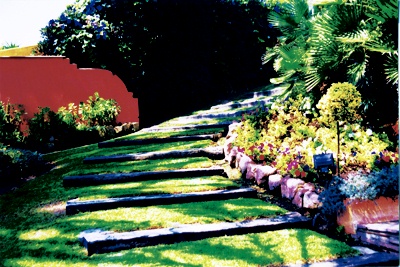