The sun beating down on the car is almost as harsh as the city itself. You pull your hair up up up, but of course, you cannot tie it. You always forget the freaking hair ties at your freaking house.

“Now, Shagun, be reasonable. You can either come with me or stay here in this overheated car.”

Your mother looks at your brother for reason. But there are certain things, like shopping under the hellish midsummer sun, that unite a brother and a sister.

High-five your brother in the back seat. When your mother leaves, the sense of victory does too.

Everything sticks: hair to neck, shirt to skin, flies to garbage, your calf to the dashboard.

Everything stinks: your brother’s feet, your own sweat, the open sewer, petrol fumes from the ancient car.

Your brother speaks, voice dripping with sarcasm. “Isn’t there something … like a place which is air-conditioned, where Mum can shop? Oh yeah, it’s called a mall!”

You exhale loudly, ending the argument. Shopping unites; heat divides and rules. Bored, you turn your eyes outward, beyond the confines of the car – toward the Real World.

The following play unfolds in every corner, practiced, rehearsed and memorized right down to the period:

Customer (walking away): “You think I’m a fool? Not a rupee over six hundred.”

Shopkeeper (beckoning): “Okay, okay, wait just a minute. You seem like a reasonable lady/guy. I’ll give you a special price.” (Conspiratorial whisper. It is, after all, a special price.) “Six-seventy-five.”

Shopkeeper: “Six-fifty is best price. I have a wife and children to feed.”

The shopkeeper hides a smile. Six-forty-five is a hundred rupees over what he expected.

If you turn right at that painted red pole, you enter the seedy underbelly of the market. There is no visible difference in the people, just a change in stance and a quickness of the eyes that locals like me can understand.

Unlock your (stolen) phone; buy (broken) laptops, fresh stock (not really) of banned meat, the best (fake) foreign liquor. If you come here, we’ll smile and flirt, and we’ll joke around and slip money out of your pocket when you are looking at obscenely colored dresses. Don’t be offended. It’s a business.

A conundrum: too hot to close the window, but too smelly to crank it open. A strange shiver runs down your back. A heat shiver, not a winter shiver.

A guy sells fake Gucci glasses to a blonde foreigner for two thousand rupees. She has no idea she could have gotten them for Not A Rupee Over Two Hundred, Period.

Foreigners are the longest-running joke of this market. They give the price you ask for. Not one can bargain to save their lives. Foreigners! Ha! But they shouldn’t feel cheated – you see, our shops run on them.

You wonder if all the shopkeepers hold weekly meeting to decide the prices of everything they sell, deciding not according to race, religion, or even gender, but the language a customer speaks. For English-speakers: eight thousand. For other foreigners: five thousand. For Hindi-speakers: one thousand. For local-dialect-speaking brothers and sisters: five hundred.

The principles of laissez-faire are well-established here. Doesn’t matter in the least what the government says. If you can keep up, you survive – or else!

A drunk brawl erupts and ends with similar swiftness.

A policeman wonders out loud if a specific shop had its liquor license renewed. Money passes under the table, and he walks out with two bottles of wine given as “gifts.”

Small children run around laughing, not a care in the world. 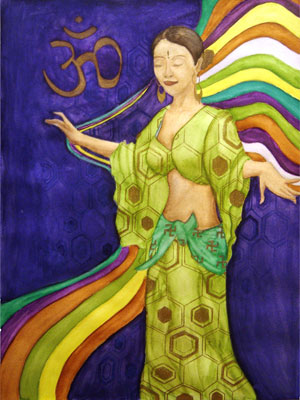 View profile
Very well done! I have a few minor edits, if you don't mind my saying so. 1. Grammar, line breaks, general structure. Your writing is amazing, and you need to show it off with good form. 2. Shortening the first part- the market is your primary focus, not the car, so it would be helpful to the reader to focus more on that. Other than that, I did like this. Like many readers said, you're very good with details. I also enjoyed the incorporation of yourself and your brother. It made the whole thing much more interesting.
Ray--yo PLATINUM said...
on Feb. 17 2015 at 8:36 am
Ray--yo PLATINUM, Kathmandu, Other
43 articles 2 photos 581 comments

View profile
I love the tone, and the details are spot on, made me feel as though I was right there. Great job!
alioops SILVER said...
on Jan. 10 2015 at 12:10 am
alioops SILVER, North Hollywood, California
8 articles 2 photos 36 comments

Favorite Quote:
"What moves men of genius, or rather, what inspires their work, is not new ideas, but their obsession with the idea that what has already been said is still not enough."
- Eugene Delacroix

View profile
I love how artistic this is! You really get a feel for the market in this really cool stylistic description. My favorite line is "You pull hair up up up, but of course, you cannot tie it. Because you always forget the freaking hair ties at your freaking house."
dgeileen PLATINUM said...
on Sep. 18 2014 at 9:57 pm
dgeileen PLATINUM, Livingston, New Jersey
31 articles 2 photos 107 comments

View profile
Wow the details are so real I can imagine the customers haggling over a price and a foreigner getting cheated. Your style of dialogue is so cool since even though you don't say "she said" or "he said" you can tell which character it is.
Olivia-Atlet ELITE said...
on Jul. 7 2014 at 6:21 pm
Olivia-Atlet ELITE, Dardenne Prairie, Missouri
325 articles 10 photos 1165 comments

Favorite Quote:
"Education is the most powerful weapon which you can use to change the world." - Nelson Mandela

View profile
Every single aspect of the place and event was described very clearly and vividly, which was what I liked in the story. I am able to capture the scene by the way you have explained it. Great job!
GuardianoftheStars GOLD said...
on Apr. 30 2014 at 12:12 pm
GuardianoftheStars GOLD, Shongaloo, Louisiana
17 articles 0 photos 495 comments

View profile
I really like how you captured a busy marketplace.  It was very interesting how you wrote it.  Your wording was pleasent and creative.  I really liked this piece. Congrats on the editor's choice!!