Favorite Quote:
"Happiness can be found, even in the darkest of times, only when one remembers to turn on the light. -Albus Dumbledore
Newt Scamander : “My philosophy is that worrying means you suffer twice.”
"Friends don't lie!" -Eleven
"Ohana means family."- Stich

I was walking home with a busted up eye. I don’t think I’m ready to go home but I mean, there was nothing bad there. But just the thought of going back to a place that was just boring and plain just didn’t appeal to me. I remembered the familiar scent of smoke in the air and every crack that I stepped on the sidewalk was still there. Nothing was new; houses run-down, shady characters watching me as I walked; halfly it was because my hair had been shaved off. I’ve gotten use to them watching me. My hands were in my grey sweatshirt that smelled like it had came straight from the landfill.

Nonchalantly, I walked past the Doberman who always was halfway up the fence, trying to get me. I remember when I was afraid of him, even if I teased the mutt all the time whenever my buddies were around. But now, he just seemed like another blurr from the past that I really didn’t care about.

Slightly, I had noticed the same ball we threw into the dog’s yard by his chain. I had been chewed up into bits and pieces of stuffing. It was disgusting but also upsetting because that was my friend, Eddie’s ball. But he’s dead now. Died of a fatal car accident when we were playing in the street as kids. He was only twelve. Five years has past now.

I scratched my ear with my shoulder. The mosquitoes surrounded my head, bothering me with the buzzing the had. Slowly I approached my house, a two roomed trailer on the side of the park where nobody ever went. It looked the same, still, calm. I grew up here. I sighed at the front step of the mat that said, ‘Welcome’. My first reached the door, but before I could knock, my mother opened the door. She looked up at me with her mocha brown eyes and her grey, curly hairy in a loose ponytail. I stared at her awkwardly for a minute before she wrapped her arms around me, crying on my shoulder. It was a different cry. She was happy. There, I laced my arms over her too, standing there for a long moment before coming inside. 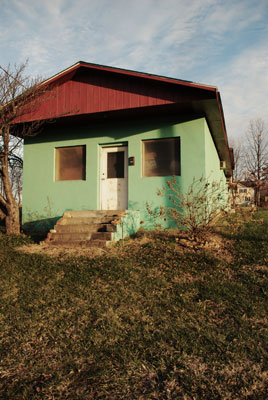 Favorite Quote:
"I was outta luck the day the music died." -American Pie (the song)

Favorite Quote:
"Common sense is not so common." ~Voltaire