The United States is getting ready to open its borders to Canadian beef after barring it because of last year’s outbreak of BSE (Bovine Spongiform Encephalopathy, or mad cow disease) in that country. Quite frankly, it is too soon to open our borders. Some say that a mandatory livestock ID system in the U.S. would end all concern over a BSE-infected cow entering the food system. I agree that we need a nationwide ID system, but currently there are neither the financial resources nor technology to implement this. With the average American cowherd averaging 30 animals, there is currently no feasible way to enforce a mandatory ID system. Even if the system were implemented immediately, it would not destroy the fear that develops when a BSE case is found. Instead, the only way to regain a reputation for safe beef is by closing our borders to all beef imports.

It was only a year ago when a cow tested positive for BSE in the U.S., and it had been imported from Canada. Recently there were two confirmed cases in Canada in just one week. It is essential to the American economy that we keep BSE out of the country, and we should go to any length to do this.

Since the first BSE cow was found, foreign demand for our beef significantly declined. If we open the Canadian borders again, we will lose even more demand nationally as well as worldwide. America can produce more than enough beef for our consumption and plenty to export. We do not need to import cattle from Canada since Canadian beef will flood our market and lower prices. Some say that if the situation were reversed, we would want Canada to re-open their borders to our beef, but any and all measures must be taken to ensure a safe food source not only for our country, but for the world.

For now it is necessary to keep America’s borders closed. Once we open them and gain a reputation for producing BSE-infected beef, it will be almost impossible to resurrect our reputation or our economy. 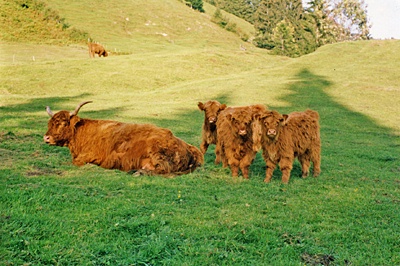 Favorite Quote:
“If I'm going to die, I'd like to actually live first.” ― Rachael Lippincott

"Don't forget where you belong"

“Always be yourself" - Little Mix

“Everyone in this world is breathing borrowed air.” - Five Feet Apart

“If this year has taught me anything, it's that grief can destroy a person.”

“Have no fear of perfection, you'll never reach it.”

“I would always rather be happy than dignified." - Jane Eyre

“There is no happiness like that of being loved by your fellow creatures, and feeling that your presence is an addition to their comfort.”

“Baby you light up my world like nobody else."

"Futures don't make themselves, you have to create them."

"Don't assume the answer is no before you ask the question."