Junior and senior high schools have been going downhill ever since the Columbine incident, but not the way that everyone wants you to think. Schools are not more dangerous. No one is afraid to go to school (as long as they know how to fight). Sure, people still get picked on, but that’s been going on forever. And just for the record, getting picked on wouldn’t make me want to kill somebody unless I forgot to take some medication or something.

I can’t remember the last time I saw a bully. No one gets stuffed in his or her locker these days. We’re lucky if we can fit our books in those little things. No one is getting dunked in toilets. No one is getting their lunch money stolen. School is the same as it was before Columbine. Yet there are certain school rules that would make you think otherwise.

I, for one, am tired of carrying around clear or mesh backpacks. (By the way, they don’t help. I’ve seen plenty of guns at school in those things.) I’m tired of having to watch what I say because it may be taken as a threat. Sometimes I just feel like saying, “Get out of my face before I bust your head wide open.” That doesn’t mean I am crazy or stupid enough to do it.

I’m tired of being over-sensitive toward people’s feelings. Some people need to be teased, like those kids who are pale and dress in black (I think they are called Goths). I’m all about being your own person and everything, but there is a difference between being different and trying to be different. Sometimes you need to tell people how stupid they look so maybe they might consider changing. (Just to be fair, I think that wearing your pants off your butt looks dumb, too).

I’m tired of not being able to purchase R-rated movie tickets or music with a parental advisory because some parents forgot to tell their children not to imitate everything they see or hear.

This country was built on violence, and now it’s wrong? I’m tired of coming to school and being treated like a prisoner because two nuts were too sissified to deal with being teased so they went after everybody. Obviously those fruitcakes were crazy. The majority of us aren’t. Stop punishing all of us for something we didn’t do.

Listen, I realize that administrators might think they are preventing school violence with all these pointless rules, but honestly, would a clear or mesh bookbag keep me from blowing up a school if I wanted to? Do you think that a rule would stop me from threatening somebody? Do you think that trying to make everyone feel better about looking dumb prepares them for the real world? Do you really think that a movie or song could influence a sane person so that they would want to kill somebody? Not really. So while it looks like they are doing something to keep us “children” safe, in reality adults are just making our lives harder and more complicated than they already are. Stop. 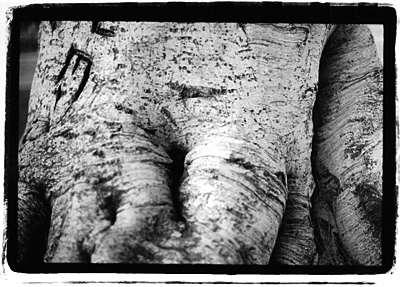 View profile
it's really spirited and you've made your point--- well done! (what i didn't like is that you discriminate people by their looks ["you look stupid and strange, you should change your outfit"] but that's your opinion i suppose)