The world is upside down, gagged with hidden messages and secreting a pus of lies and distance. Portraying a society of pessimism and constructing a scaffold of stereotypes so negative that those who do not fit are left furiously bored with the arbitrary tedium that is freedom, they have no choice but to rebel. Rebel against war, against love, against authority, against money, against hierarchy, against every whimsical scheme that we as greedy, arrogant pests dote upon as "genius."

Heathen practices of the past have been edited to complement the current time and situation. We no longer hang people for their faith, persecute them for their opinions, or ban those who are clearly different. But those who follow a train of thought the majority does not condone are still met with the same antagonism as if the old laws were still in force. We cannot change how people think nor poison them with fallacies and lead them blindly under one banner. We can, however, prey upon and pretend to interpret what we cannot achieve. So, to create an illusion of equilibrium, we wage wars and participate in hostilities with which we have no connection except to establish superiority.

Soldiers storm out of their suburban cocoons leaving families behind, braving all for Lady Liberty and their foolish pride. Forsaken by their valor and stranded in an alien place searching for a just purpose, they question why they are playing Simon Says. Ambivalence, apprehension and the element of surprise engulf them in sandstorms and dirty the naive white records of ignorance betrayed. Gunshots, guerrilla warfare and doubt rising to a boil - wait a second, hold that thought, smile for the camera. We preach honesty, justice and democracy, yet we so willingly ignore the huddled masses that litter our streets and lurk in our shadows in the age-old hope that someone else will choose to witness their abject conditions and not leave them to fade into silence.

Victims come in countless classes, colors, creeds and levels of consequence, but they all share the common goal - to be understood by those who give them the cold shoulder. They suffer from the mistakes of those to whom they swore an unrecorded oath, from the convenient oversights of those who claim to know everything. They hear the criticism, the constant threat of mutiny traveling on phone lines, and either pray for our redemption or establish a contract of fury and fortitude against the multitudes. Yet through all this, the monotony continues. The steady, subtle slide show plays on in the confidence that we will all one day be able to unite under one resolution and turn the other cheek. 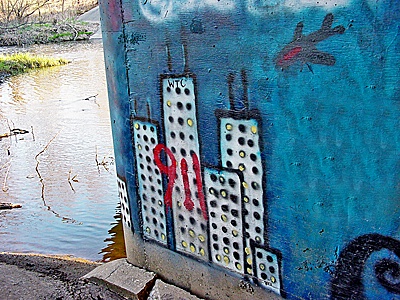