It may seem a bit hypocritical to criticize my own generation, but if we don't listen to adults, who do we listen to? In a few years I'll be voting for someone to run our country. Many my age would say "Who cares? Big deal," but it is a big deal.

The problem with my generation is that we are too busy watching music videos featuring half-dressed women to pay attention. I'm not saying that every TV has to be constantly tuned to CNN, but it would be nice to watch some news occasionally. Somebody should conduct a survey and ask teenagers simple questions about their society. How many could tell you who ran against President Bush in the election?

You know something is out of line when kids are reciting rap songs in Spanish class rather than actually learning the language. How much do you want to bet that they won't be getting their high school credit next spring?

American history is another interesting topic. We are learning about the American Revolution and for once I find myself studying something I actually know a bit about. When people don't even know who wrote the Declaration of Independence, there is something seriously missing. I don't think it's asking too much for kids to remember something about how our country was founded and why it's different from other countries. I bet any teenager could tell you the lyrics to 50 Cent's new song or the score of the last Duke game, but how many could tell you about the Gettysburg Address?

Maybe I'm wasting my time discussing this, but someone has to speak up. In a matter of years, my classmates and I will be the ones running this country. I don't think it's supposed to be as scary a thought as it is. 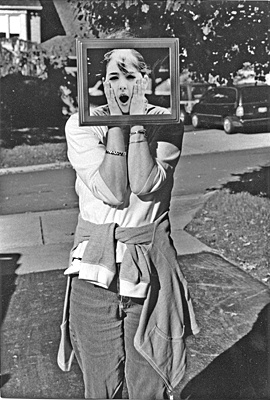 View profile
ha ha great work. i know it wasnt meant to be funny, but your last line made me laugh. mostly because it's true. great writting, somebody needed to say it