In Disapproval of Failure | Teen Ink

In Disapproval of Failure MAG

Last year during English class, I sat in front of a young, extremely bright boy named George. Despite having possibly the greatest potential in our class, he was barely motivated. He would forget to write an essay, leave his book at home, or any number of things that undermined his learning. Our teacher, Mr. M., finally failed him on an essay, which instead of inspiring George to do better had the opposite effect. He became discouraged, and subsequently failed assignment after assignment. I know this is not only the case for George, because after talking to many students, I know it happens a lot. Failure is a negative tool that impedes learning and makes the learning environment dismal.

Aside from affecting George, the mound of failures imposed on him caused the classroom atmosphere to become negative. He began to get angry and express what is known as "teen angst." Whenever Mr. M. tried to talk to him about his grades, every kid grew silent, listening to our teacher berate him. We would wait to see George's reaction: a shout, a punch to the wall, or simple silence. For the rest of the period, our class assumed a dismal reaction. No one wanted to anger our teacher, and our teacher refused to do anything fun.

This year I too was failing English. It is well known that the English department is tough with grading and it's common to hear kids complaining. Good kids who previously enjoyed English have begun to dread it, and in some cases, hate it. From personal experience, the biggest reason for disliking the subject is failure. Subjects that were once a student's pride and joy turn into one they fear. The threat of failure hangs over kids like a black shroud, blotting out all happiness and interest.

This is a serious problem. Schools should want students to love writing, not simply go through the motions. Wanting to write and enjoying writing continues throughout one's lifetime. Many argue that the threat of failure motivates students. True, it can, but it is not a blanket solution - indeed, often, it isn't a solution at all.

The principle of positive reinforcement is more effective, as I learned in psychology. Instead of punishing people when they do poorly, one should reward them when they do well. This leaves no psychological scars, and brings a positive attitude to the classroom. Every student will experience joy, like the kid who doesn't understand a math concept but when he gets it receives some sort of reward (candy, an A, or a prize).

The teacher's perspective is also important to consider. It is reasonable to believe that it is more pleasurable to reward a successful student than fail a struggling one. Every student could see the anguish on Mr. M's face when he gave George another bad grade or asked him for another assignment that George had left at home. Mr. M. would be angry for the rest of the day, his happy-go-lucky personality disappearing. The opposite is true, too, when rewarding students: the teacher smiles, the classroom brightens. It's a cliché, but everyone is a winner.

Failure is a negative tool that has a negative effect on the classroom, and it is ineffective compared to positive reinforcement. Teachers need to be forgiving, encouraging and supportive. Making the classroom a happier learning environment is desirable; failure can crush a classroom. Teachers around the nation should make the choice that is better for their students - no failure. 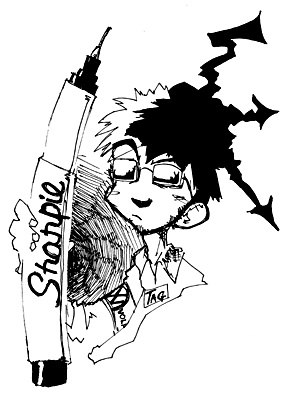