Once you're old, you're good for nothing and don'tmatter anymore, right? In most countries, this question is laughable because theelderly are representative of wisdom and knowledge. For some reason, in ourAmerican culture, they are viewed as burdens rather than respected for their timehere on Earth. The elderly are pushed to the side and forgotten. At the dinnertable, the "adults" discuss important subjects while children andgrandparents sit quietly.

Once the elderly held a prominent position, butthrough the years their position has drastically declined. People would ratherhave them tucked away where they will not be a bother. And we rarely check to seehow they are doing. It is hard these days for senior citizens to believe they arestill important members of society because of the way they aremistreated.

Old age is inevitable, and no one should be penalized forit.

The label "senior citizen" has become a stigma thatdesignates one who is incompetent, useless and inferior. It is simply not rightthat our elderly are treated in such an unappreciative way. They are veterans oflife and should be respected. It is unacceptable that programs intended to helpthem end up harming them. Genuine concern and proper care is not a lot to askfor.

Once people find it is impossible to care for themselves, familiesusually send them to a nursing home where they think their loved ones willreceive decent care. Nursing homes know, or should know, their purpose: toprovide care to their residents.

The Democratic and Independent staff ofthe Special Investigation Division of the House Government Reform Committee did astudy on nursing home abuse that reported 30 percent of nursing homes were citedfor abuse between 1999 and 2001. The "abuse" was verbal, physical andeven sexual. The Committee discovered untreated bedsores, malnourished anddehydrated residents, and many accidents that could have been prevented as wellas cases of inadequate medical care and sanitation. This is appalling since careis the sole purpose of nursing homes.

Nursing homes problems areunacceptable and downright scary. Due to hectic schedules, most families are notable to care for one who needs special attention and their only option is anursing home.

Care for the elderly is what these nursing homes promise,but it is far from what they deliver. Each unbelievable case is both devastatingand despicable. Things like the following reported abuses should not happen:

Each case is sickening anddisturbing. Why do these abuses happen? There is no way to justify what goes onbehind nursing home walls.

These types of cases are usually not reportedbecause of the victim's fear of embarrassment, or the failure of coworkers toreport the incidents. If no one reports it, how will the problem be solved? Itwon't be.

One solution would be not to send the elderly to nursing homes.Unfortunately in this day and age, a person hardly has time to breathe. Betweenworking full-time, dropping kids off at school, and taking care of the house, itis almost impossible to give proper care to an elderly family member.

Inour society, more money equals better quality, so it makes sense to send a lovedone to a nursing home that is more expensive. This solution seems logical, butnot everyone can afford a Beverly Hills nursing home with an ocean view. Butwait, what is the main purpose of a nursing home? To care for people. All nursinghomes, regardless of the price, should provide quality care. That's the bottomline.

The root of the problem is, of course, money. The federal governmentis the biggest contributor to home care, but funds are insufficient. They barelycover the care residents need, let alone quality nurses and assistants. Becauseof the lack of funding, it is difficult to attract and keep skilled staff.Inspections should be frequent and fines imposed if standards are lacking. Whydoes it take horrendous events to make people realize that nursing homes are notup to par?

Let's see ... thoughtful, qualified employees who receiveadequate pay for providing proper care ... it doesn't seem like a whole lot toask for. We didn't always know that such horrible things were happening innursing homes, but now we do. And we don't have to stand for it. There is noexcuse. Now is the time for nursing homes to be nursing homes. There is no doubtthat if these actions are executed, the number of abuse cases will stopincreasing. So hopefully, the next nursing home that promises proper care willactually deliver on their promise and retire the abuse. ? 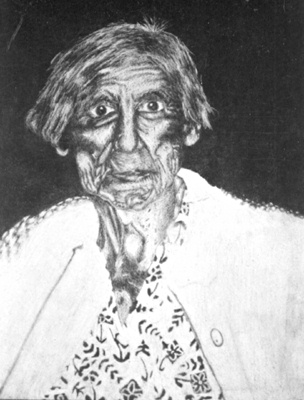