What Happened to Respect? | Teen Ink

What Happened to Respect? MAG

Youhear it every day as you walk through the halls. "That b***h was getting inmy face ... Did you hear what that s**t ... b***h ... white trash." Fortyyears ago none of these words would have been used so casually. In fact, therewas a time when it was considered rude for a man to swear in front of a woman,but now nobody seems to care, especially in high school. We've all gotten used tooffensive language and are immune to these insulting words. But that doesn't makethis vocabulary okay. Words like "white trash" and "girl" donot belong in the same sentence. Women are entitled to respect, and it's abouttime they started getting it.

Unfortunately, most high-school girls aremore concerned with other things than a lack of respect. Sure, grades and friendsand boyfriends are important, but shouldn't self-esteem and self-image be moreimportant? Some are completely clueless about feminism and positive role models.For example, I have a poster of "Rosie the Riveter" in my bedroom. Ionce tried to explain to some friends what Rosie stood for during World War IIand how she's a symbol for all working women today. After my explanation, all Igot were a few blank stares. "Isn't she the Tampax lady?" one asked.Rosie, once an inspiration to all young girls, is now reduced to pushing femininehygiene products. Believe me, you don't know frustration until you realize thatfeminism is a lost cause in this so-called Generation X.

Teens don't seemto understand how important respect is for females. If young women don't take astand and demand respect in high school, what will happen in college and after?We will all grow up and instead of running for president or winning a PulitzerPrize, we'll be plump, middle-aged women working lousy jobs. But the worst isthat we probably won't even care that our jobs aren't as fruitful as men's.Instead of moving forward in the fight for equality, we seem to be slidingbackward.

Someday a woman will run for president (like Senator CarolMoseley Braun), and win. Someday a woman will find a cure for cancer, set foot onMars, or accomplish some other amazing feat. But by the looks of it,"someday" is a long way off. For anyone to achieve something great,they must first be capable and strong, both physically and mentally. The majorityof girls of my generation don't care about self-esteem, self-image orself-respect. And until they do, the language and essence of teenagers in highschools will remain unchanged. 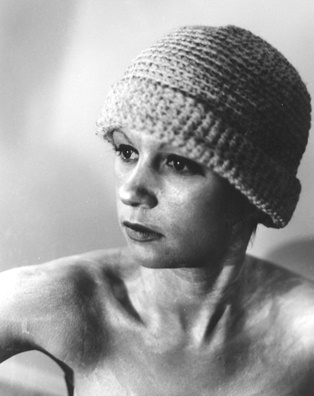 No cause ever gets anywhere until people understand and respect it. People understood feminism back in the day, but, for some reason, there are many who now think it is obsolete.

Not true; says I.

I, as a feminist, focus most on stereotypes and the representation of women in the media.

Oh, and if Senator Olympia Snowe ran for President, I would be all over that campaign.