Number One Priority is Not Iraq | Teen Ink

Number One Priority is Not Iraq MAG

Theissue of war against Iraq is not about weapons of mass destruction or terrorism.It's a simple matter of priorities, and there are more important things happeninghere in the United States that President Bush should be worryingabout.

Twelve years ago the Arab world supported our campaign againstSaddam Hussein, but not this time. Links between al Qaeda and Hussein haven'tbeen proven, so perhaps we should question our own government if they don't havethe evidence to prove its claims. President Bush is playing politics and coveringup his failure to capture Osama bin Laden by pursuing the sinister Iraqileader.

Today Iraq is the least of our country's worries. While thePresident continues to rattle sabers, corporate thieves and CEOs are making offwith millions of dollars illegally. Also, our economy has fallen from a surplusto a deficit in less than three years. Throughout most of that time, George W.Bush has been in office. In addition to our economy, our national parks arefalling into disrepair, and drought has struck both the farming and fishingindustries. If President Bush is going to do something to help the Americanpeople, why do we need to go to war with Iraq?

In the early nineties theelder George Bush had the support of many Arab nations after Saddam Husseininvaded Kuwait, which isn't the case this time. Right now attacking Arabcountries, like Iraq, without Arab approval is a bad idea. Some allies in theregion have had to debate long and hard about allowing the United States AirForce to use their airfields to launch aerial bombardments. The war against Iraqmay also bring more terrorist attacks to our front door, much like those inIsrael.

What have the Iraqis done to us? Why attack a country that hasdone nothing to us? Invading Iraq isn't necessary if Arabs and Iraqis willsupport United Nations weapons inspections of Iraq's capabilities to launchweapons of mass destruction.

Our government has come out withaccusations that link Iraq with al Qaeda, but they have not shown Americans anyconclusive evidence to support those claims. Some government officials say thatIraq trained al Qaeda terrorists in biological and chemical weapons development,but they too have offered no conclusive proof to show us that Iraq was indeedaiding al Qaeda.

Why won't Bush further explain these accusations to theAmerican people? Wouldn't he gain support if he did? Is it because the governmenthas fabricated these claims? Possibly, but Bush won't say if he does or doesn'thave that kind of information. There hasn't been any documentation or evidence ofthis supposed training, so the question arises: does that kind of evidence actually exist?

One year ago, our president promised thecapture of Osama bin Laden, dead or alive. Is bin Laden dead? If he isn't, Bushis making little apparent effort to try and catch him. Instead, our entiregovernment is hiding the fact by persuading us that invading and destroyingIraq's government is a good idea. As they try to pull the wool over our eyes,Osama bin Laden may be plotting to attack more American landmarks. In addition,the same general who couldn't get bin Laden is gearing up to lead our forcesagainst Iraq. Would you trust a general who couldn't capture one man with theinvasion of a country? With threats arising, possibly from Osama, President Bushseems more intent on doing harm to others than protecting our country fromterrorist attacks.

If Saddam must be taken out of power, must we resort towar? Why weaken our defenses when we're trying to strengthen our homelandsecurity? Send in the weapons inspectors and do not risk the lives of thousandsof American soldiers for weapons that Hussein may not be able to use or evenhave. Iraq is not our number-one priority, and the President should worry aboutthe problems inside our borders instead of provoking more attacks against us onour own soil. And if the President doesn't wish to help his fellow citizens athome, then he should at least continue to focus on his original goal of huntingdown al Qaeda terrorist cells and Osama bin Laden. 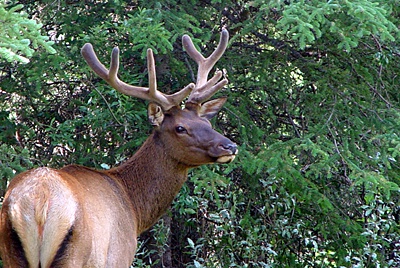