In 1963, a young Iraqi revolutionary began his political career by taking part in theassassination of the then Iraqi ruler, General Abdul Kassim. In 1979, afterbuilding a reputation as a ruthless soldier, he used propaganda and morebloodshed to rise to power as the president and dictator of Iraq. Since then,Saddam Hussein has ruled Iraq with an iron fist. Hussein is responsible for thedeaths of countless Israelis, his money supports terrorism throughout the world,and he knowingly harbors international fugitives. In 1991, when Iraq invadedKuwait, the world decided Hussein had gone too far, and he was forced towithdraw.

Now in 2002, Hussein has again goaded the world into conflict.America and Britain strongly support taking action against Hussein, but the restof the United Nations is unsure. On September 24, British Prime Minister TonyBlair released a 50-page document based on information from intelligence sourcesand U.N. weapons inspectors that outlined Saddam Hussein's continued offenses.This document spells out how Iraq continues to amass weapons, experiment withbiological and nuclear weapons, and would hide evidence of its weapons beforeinspectors are allowed to return. America and the rest of the world must notignore this document, but step in and stop Saddam Hussein's tyranny.

Thepeople who question whether going to war with Hussein is wise need only to watchthe news to see why Hussein must be removed from power. Every day, SaddamHussein's money and propaganda influence another suicide bomber to blow himselfup in Israel. Blair's document outlines how Hussein has illegally obtained up to20 al-Hussein missiles, capable of carrying chemical or biological warheads up to400 miles. The document also tells of Iraq's experiments in developing long-rangeballistic missiles. If this madman is not stopped, the headlines on the eveningnews will no longer be the deaths of a few victims of a suicide bomber but thedeaths of hundreds or even thousands because of a ballistic missile.

Thispast year, America experienced firsthand the horrors of anthrax. Anthrax is justone of the biological weapons Hussein has used, and could use again, against hisenemies. During the Persian Gulf War, he used appalling cocktails of poisons, theeffects of which can still be seen in some villages in the Middle East. Manywomen can no longer bear children, and the ones who can are often left withphysically and mentally disabled children. People who survived the attacks nowhave debilitating skin diseases and respiratory problems. The horrors unleashedby Hussein are irreparable, and with his continued experimentation withbiological and chemical weapons, how can the world stand by knowing that anyone,anywhere, could be next?

Iraq immediately dismissed the document as"baseless," and though Hussein has always eventually let inspectorsback into Iraq, the document shows intelligence which proves that Iraq ispreparing to conceal evidence of its weapons program before weapons inspectorsgain full access. What is the point of having weapons inspectors if Hussein isgiven time to sweep the evidence under the rug? Who knows how far Hussein'sexperimentation has gone? The document even claims that Hussein could be only oneor two years away from obtaining enough materials to develop a bomb similar towhat the United States dropped on Japan at the end of World WarII.

Benjamin Franklin once said, "There never was a good war or a badpeace." But Franklin did not live in an age when people blow themselves upin the middle of the street killing those around them, and he did not live whenpeople fly planes into buildings. The world is now in an age of a bad peace, andthough the war to stop Saddam Hussein will not be a good one, it is the rightthing to do. The international community's failure to act against Hussein would,as Tony Blair said in a speech, "risk undermining the authority of the U.N.,whose resolutions he defies, but more importantly and in the longer term, placeat risk the lives and prosperity of our own people." 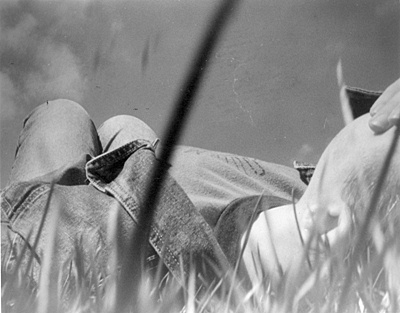