Do You Know What You're Eating? | Teen Ink

Do You Know What You're Eating? MAG

Imagine it is a few years from now. As you wake andstumble out of bed, your stomach releases a primitive growl. You remember there'sa brand-new box of cereal in the kitchen. With hunger and excitement surgingthrough your body, you fly downstairs and pour yourself a large bowl. Reliefwashes over you, but it doesn't last long.

The morning newscast istelling of the corruption genetically engineered food has brought to the world.Imagine reports of diseases and health problems galore resulting from the use ofthese products - and that they are irreversible. For the first time, you areinformed that these foods have been on the market since the year 2000 and onlynow, years later, has proper testing been completed. Disgusted, you throw yourbreakfast out the window after hearing that the cereal's manufacturer was one ofthe first to use genetically altered foods.

Think about the people youlove. Would you want them to use products that have not been tested? Productswith unknown health risks lurking in the shadows? The truth of the matter is thatwe are all being exposed to such things in what has become the mostout-of-control experiment in history.

Right now, half of all soybeans,one-third of all corn crops and most of the potatoes in the United States arealready genetically altered. None has been tested, and half the populationdoesn't even know they're eating them. Companies must stop deceiving thepublic.

The lack of testing in this enormous experiment is partiallycaused by the blind faith in their creation that some scientists have. They feelgenetic engineering is simply an extension of crossbreeding and that its productsare no different from natural foods. They also think these foods will help theenvironment and end world hunger. These theories are interesting, but are theytrue?

Genetic engineering is not even close to being an extension ofcrossbreeding. In a recent article in the Chicago Tribune, Martha Herbertexplained that crossbreeding only alters genes within the same species, whereasthe new technology in genetic engineering allows scientists to transfer genesacross species. For example, they can combine genes from a vegetable with genesfrom an animal to give the finished product so-called "perfectqualities." The outcome of this type of transfer is unknown, yet the FDAdoes not require testing. If testing is not required on such a radical idea, howare we supposed to be sure there won't be radical outcomes?

Despite thebeliefs of supporters, the environment cannot be helped by genetically engineeredfood. Time magazine explains why environmentalists have been angered by the useof these products. Lab tests have proven that the pollen from one cerealmanufacturer's genetically altered corn kills caterpillars. Other types ofgenetically engineered foods may kill a wide variety of insects; no one knows.Another aspect that scientists sometimes overlook is the possible spread of superweeds (immune to all kinds of pesticides). One of the more desirable qualitiesfor crop products would be pesticide resistance, but it is the least desirablequality for weeds. Unfortunately, this quality can be passed from one type ofplant to the other through Mother Nature.

The claim that geneticallyengineered food will end world hunger is false, too. Hunger and starvation arenot caused by a low supply of food, but rather the inability to transport food towhere it is most needed so people can buy it. Forcing a greater yield from cropsthrough genetics will not solve this problem.

Usually when new technologyis introduced to society, extreme precautions are taken. New drugs are rigorouslytested to analyze side effects. The procedure for introducing geneticallyengineered foods should be at least as strict, but it is not. There are manypotential dangers companies have failed to recognize because they want to believethere are no risks involved. New allergens and toxins may be introduced, diseasescould be spread across species barriers, biodiversity in crops could be lost, andgeneral health could be damaged by the unnatural foods. If scientists would justgo through the regular testing for putting a new product on the market, therewouldn't be such a controversy.

Large companies seem to be fickle when itcomes to this safety issue. They argue that their genetically engineered foodsare safe and environmentally friendly, yet they refuse to label these products.What's the big secret? Maybe companies who use all-natural foods should labeltheir products instead. If this does not happen and the altered food companiesstill refuse, then genetically engineered food should be banned. Of course,scientists could also solve part of this controversy with testing, but theyhaven't yet. Doesn't it seem a little ridiculous that the FDA will not enforcetesting unless they find that something is wrong with these products?

Most likely, there were good intentions behind bringing genetically engineeredfoods to the world, but these goals seem to have been lost in carelessness anddeceit. There is not much chance for any good to come from the expansion of theseproducts as long as crucial steps are left out of testing methods and the publicis kept unaware of what is happening. People have the right to know what they areeating and should be able to have faith in the safety of the food they consume.Instead, we are all guinea pigs in this experiment with fate. 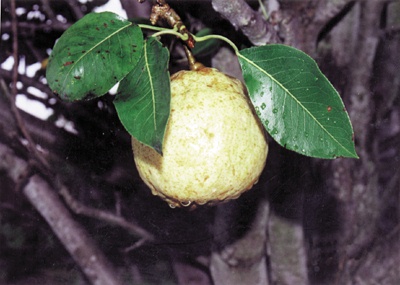