Favorite Quote:
"Never take life too seriously, you will never get out of it alive."-The Delgety Twins
"We never really grow up, we just learn how to act in public."

I will not attempt to bore you with sentiments, at least, not yet anyway. But I do have a question for you, why, why all the emotions, are they really necessary? If they are such a necessity, what is the brain then, and where is the heart? As for the mind, who is it, how does it speak for itself per se? Wouldn’t life be so much better, if we girls didn’t spend endless nights tucking ourselves into bed with a 2L tub of double chocolate chip ice cream and a box of Kleenex tissues crying, protesting how insensitive males can all be? Wouldn’t it be all too perfect if boys never had to psych themselves up to be able to ask their science partners out on a date?
It being much better, I am not so sure, but it being too perfect, of course it would be. The vitality of a bit of pain, tears and drama is so strong that I personally do not think we could live without it. My friends’ mother passed away, no, she died. Shot point blank in between her pale gray large eyes, by her own father, her mother’s husband. Till death do us part?
Emotions filled her confusingly to the brim. A mixture of betrayal, spite, pain, grief coloured her face. She got so hurt; she ended up asking me, an image of me anyway, from her memory, why? ‘Why do you cry my friend?’ she said. ‘Aren’t you happy? I miss the way you used to smile every time I walked into the room as though I were your favourite person in the world. My inbox seems deprived without an incoming of your goodnight messages.’ Her loneliness now haunts her.
Now I can do nothing but remember, remember how her mother accused me of bad mouthing her daughter, my own friend. The anger that was blatantly painted on her face hurt me so profoundly, so significantly, that to ease it all away, I lied to her for the first time, I told her that I had called her names, even though that thought hadn’t otherwise crossed my mind.
A good week later, her pain stained voice, the words she said, they just rang so desperately true, her mother did hate me; she thought I was a snob. Truthfully, I knew that I wasn’t the mentally stable friend that a mother wished for her only little girl to have, but I was the only one. I was the only pair of ears there, apart from her mother’s. I knew it, but I, well, I didn’t want it to be true, I was filled with the kind of love for her that made me insecure with her worry, the kind that leaves me writhing in pain at her sadness.
Only God can judge me, but I doubt that even he would think me stable. You see, when the truth hurts, I pop pills, which is often. I lacked the ability not to let the waterworks run when she said “I’m sorry to have suspected you. I should have trusted you more; I let my logic rule and decide for me” in those exact words. Like the storybook heart stopper phrase, I felt like I had died and gone to heaven, except this time, I really had, I had died, from popping too many pills, the truth really hurt. I had uttered, “Hinder me not, seeing the Lord hath prospered my way, send me away that I may go to my master” before I entered the gateway.
This friend, my friend, she cared for me even though I was the taboo, the living dead. I never used to be the way I am, I was changed, because of a bunch of emotions that flooded into somewhere deep within me, the need to help, to be needed. I have had to sit and watch my friend become a lover of women. As per normal, I would have, should have stopped her, but as I mentioned, I had changed, I couldn’t judge her, where I was, the truth of God being the only judge was even more prominent.
In English, ‘they’ would call her a bisexual. In a non-linguistically restricted way, ‘they’ would call her evil, disgusting, a waste, a disgrace. Would this be their heart or head talking? Logic could be the answer, but it continues to be contradicted by my dreaded favourite. Emotions. But then again, does head, heart or logic have a voice, an audible one at least. Our hearts beat, pulse by pulse, our brains throb, softly without a rush, yet, I still want to know, why, why all the emotions, are they really necessary?
Logic makes no sense, as a result, I find that I am beside myself, so does that make two of me? Do we wear love in disguise? Are we really just wearing emotions as a protective layer to be able to look right? Shame, guilt, pain, pride, truth in lies, do we hide? Look at me, look at you, do you see them, can you tell them apart? Is the mirror still our friend or is it the enemy? My rival, our rival, is it showing us what the rest want to see? Emotions tear, but they can create too. 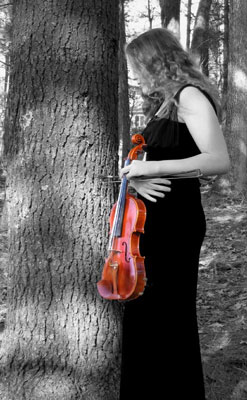 The author's comments:
I feel dead, numb, lifeless; which is why i write the way i do.
Post a comment
Submit your own