Recently I read a very heated reaction piece in Teen Ink about illegal immigration. I am pretty unbiased on the topic, but always try to keep an open mind. I say this because you never know the circumstances that lead people to make the drastic decision to immigrate illegally.

Nowadays much of the debate focuses on illegal aliens of Mexican descent, and it is understandable why they try to get into this country illegally. Most Americans say they are wrong to do this and break the law. But if I had to choose between breaking the law and giving my family a chance to succeed, my family would come first.

Citizens in this country think the United States is for them alone. People seem to forget that this country was built by immigrants. They should experience the immigration process; they may think it’s easy, that anyone can go through it, but it’s not. For this reason, I can understand why some try to bypass the system to get into this country.

On the other hand, illegal immigration is costing taxpayers a lot of money. Because immigrants are not registered as citizens or residents of the United States (that’s what you call a legal immigrant - like me - who is not yet a citizen), the country doesn’t recognize them in the census, so cities don’t get adequate funding for their actual population.

Having gone through the immigration process myself, I have to say that although the course is slow, trying to bypass it is just plain wrong. Plus, those who do it illegally run the risk of the authorities finding out and deporting them.

The issue of illegal immigration is going to be an ongoing debate. I don’t like to take sides because it is not a black-and-white issue. Yes, it is wrong, but when your family is starving because there aren’t any jobs in your country, what would you do? 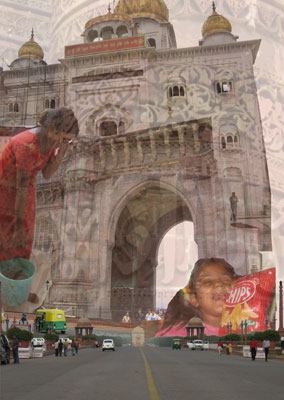 Favorite Quote:
“Wouldn't life be perfect if sweatpants were sexy, Monday mornings were fun, junk food didn't make you fat, girls didn't cause drama, boys weren't so confusing, nothing was regrettable, you didn't ever lose the people you love, friendships didn't fade, and g o o d b y e s only meant till tomorrow??”

View profile
I love this article. It makes good points of both sides of the issue. I, like you, am pretty unbiased, mostly because I don't know the entire issue and I don't have the benefit of knowing an immigrant's point of view, and I don't pretend to. People who take sides based on things they have heard, not nececcarily what is true, are the people who cause most of the problems. Sadly, one such person is my brother. He doesn't know his facts, and he doesn't care to find out, yet he is quick to speak out against anyone even resembling Mexicans as "illegal". I've tried to explain to him the same point Electricity made, but he doesn't get it.
Bethani GOLD said...
on Jun. 9 2010 at 4:05 pm
Bethani GOLD, Highlands Ranch, Colorado
10 articles 0 photos 508 comments

View profile
Excellent point Electricity. Good for you standing up for what you believe! We should make the immigration process easier. It's hard which is why people break the law in the first place.
Electricity PLATINUM said...
on Aug. 16 2009 at 2:19 pm
Electricity PLATINUM, Bradenton, Florida
30 articles 0 photos 271 comments
View profile
I think calling people immigrants is ridiculous. What American family is not an immigrant? America is made from people from other countries. Who's the one who discovered America? Was he an immigrant?