The anti-government protest in Hong Kong has lasted for nine consecutive weekends. The initial protest against the extradition bill gradually escalated into a violent riot, even after the bill was announced to be dead in July. Undoubtedly, the extensive protests reflect the growing dissatisfaction with the Chinese mainland government. Many Hong Kong young people blame the Chinese government for the social problems in Hong Kong.

Indeed, the wealth gap in Hong Kong is one of the largest in the world. Studies have shown that the richest in Hong Kong earn 44 times more than the poorest. The Gini coefficient of Hong Kong was 0.54 in 2018, the highest over the past 45 years. The figure was even much higher than the US’s 0.41 and Singapore’s 0.46. When I went to Hong Kong, I could always see people sleeping on streets, and many Hong Kong family—the whole family—lived in a 30-40 square-meters apartment. Behind the rapid development of Hong Kong economy is the growing inequality and the resulting social crises. Thus, protest is natural and inevitable.

However, the target of the protest is wrong. Rather than the mainland government, it is the Hong Kong government, elected by Hong Kong people themselves every four years, that should be blamed for. The Hong Kong government spends too much money facilitating economic and infrastructure development but little on social welfare, especially the financial aid to underprivileged people. In 2018, the government’s spending on social welfare is 16.5% of the total GDP, lower than all seven members of the Organization for Economic Cooperation and Development.

Notably, inequality is an inevitable consequence of the practice of neoliberalism in Hong Kong. As David Harvey argues, neoliberalism is the redistribution of wealth to the elites rather than the creation of wealth. This is evident in the adoption of neoliberalism since the 1970s by American and European countries. In the US, the combined income of top 0.1% of earners rose from 2% of the national income to 6% in 1999. Similarly, the figure also doubled in Britain. By analogy, the growing inequality in Hong Kong is expectable.

How did western countries deal with the rising unemployment? In the US, President Clinton initiated the welfare reform by increasing taxes and expanding social welfare, meanwhile preserving the power of free market. During his term, more than 18.6 million new jobs were created, and unemployment dropped from 7.5% to 4%. Similarly, the Hong Kong government should spend more money on public services such as healthcare and education.

The economy of Chinese mainland and Hong Kong is mutually beneficial. Without the mainland government’s CEPA trade policy, the social and economic crises in Hong Kong could be worse. This trade agreement, established since 2003, allows goods from Hong Kong to be imported into mainland without tariff. This makes Hong Kong goods more competitive in the mainland market and helps boost Hong Kong economy that has been declining. In the past fifteen years, goods worth 97 billion Hong Kong dollars has been sold in Chinese mainland without tariff. Owing to CEPA, Chinese mainland becomes the largest trading partner of Hong Kong and provides over 80% of the natural resources needed by Hong Kong. Without the assistance from the mainland government, it is likely that the Hong Kong government would invest more money in booting economy instead of social welfare, exacerbating the social inequality and instability.

To solve the social problems in Hong Kong, the very first step is to change the education system. Hong Kong citizens should cease to establish the Chinese mainland government, which is Hong Kong’s most helpful trading partner and grants it extensive autonomy, as the scapegoat. The real target for Hong Kong people should be the Hong Kong government elected by themselves. 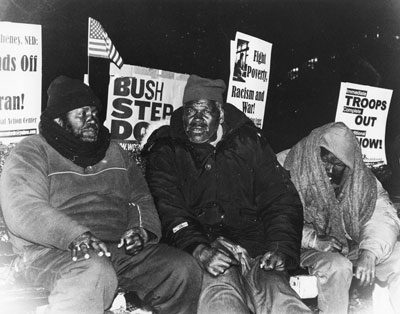 View profile
But if the government continues to tighten the control of Hong Kong and fails to narrow the local wealth gap, protests may break out again in the future...
Robert214 GOLD said...
on Jan. 18 2020 at 9:42 pm
Robert214 GOLD, Guangzhou, Other
11 articles 0 photos 45 comments

View profile
The protests have been over in 2020. The way that Chinese government dealt with them was quite impressive. The government did not send in troops to crush the protests doe to the concerns of soft power (especially its international image). The government is definitely more tolerant than three decades earlier.